Tattoos are one of the most permanent things in life if you decide to get inked make sure it has some significance to you. Favorites hold some significance for sure and this woman just made her love for BigMac clear by getting her favorite food, McDonald’s BigMac tattooed on her arm. 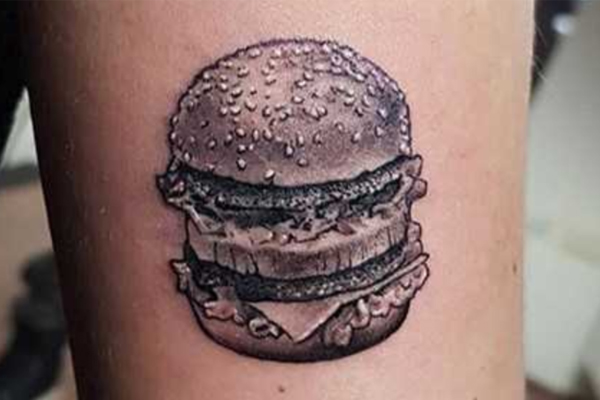 Coline Touax just proved her love for McDonald’s BigMac by getting it etched on her skin. After working with the food chain for 2 years is enough time to get over the food but that wasn’t the case with Coline. The woman had gotten her tattoo from Jay Hutton, a famous tattoo artist from Tattoo Fixers. He was also an employee of McDonald’s at the age of 16.

The question that arises in the tattoo is that the tattoo she got on her arm has bacon in it.

However, the food chain doesn’t agree with it and ended up asking a question. “There are many questions that baffle and perplex us; is it still an empty room if there’s someone it? Is it still priceless if it was free? AND now is a Big Mac with bacon, still a Big Mac?”

The question of if it is #StillABigMac or #NotABigMac. Which side are you on?

This question didn’t come up until McDonald’s asked.

The first time Big Mac was altered in the UK since the first time it was made in 1968. Some purists are questioning if it should be considered in the category of Big Mac with such a big change and some liberals are welcoming the new change wholeheartedly.

If this seems like a PR stunt to you then let us tell you that this is exactly that. We assume they took their inspiration from Kelsy Karter who got a fake tattoo of Harry Styles on her cheek to end up in the headlines.