A bloke has been badly roasted on the Internet for all the right reasons when he tried to bring down women’s reputation by judging them based on their looks and even wishing to be physically involved with only those, who are “8.5/10 or better.” Eventually, his Tinder bio has become the reason for the rising hatred against him. 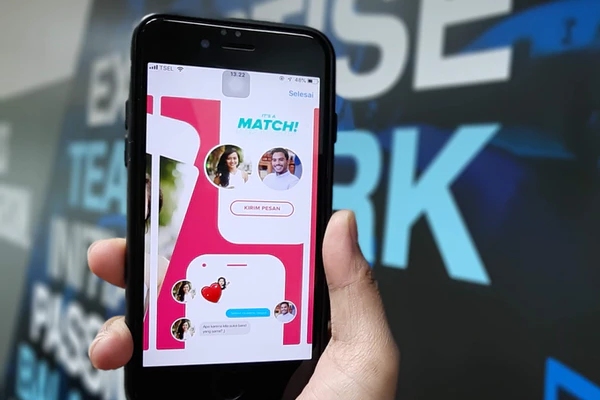 It’s not the first time when you’ve met people online with almost no respect for the other sex and often differentiate them all from their own perspective. However, the egregious judgment, in this case, has crossed all the boundaries where a man has his own rating criteria which reflects his mindset. The reaction of all puts him in the right place. While someone like him judges others on their looks, it’s important to realize that some people’s notion isn’t as good as their appearance.

Paul, a 41-year-old guy boasts on his Tinder profile bio that he’d had sex with some of the most beautiful women in the world. Moreover, he always needs something nice because women who aren’t as beautiful as he expects aren’t worthy to have some time with him. Following the bio, there’s also one of Paul’s mirror selfies in which he’s standing in his underwear.

For him, looks are the most important asset of a woman and those who don’t get it are probably an ‘idiot’ in his eyes. The bio further read that Paul comes across average and ugly-looking women every day wherever he goes. Plus if he’s already surrounded by such people, why would he look for similar ones on the dating sites as well. So, anyone needs to be at least 8.5 or better. “Here’s the math – ugly women = weak man, got it,” said the last sentence in his bio.

Since the snap of it being shared on Reddit with the caption, “Paul…a true keeper”, people have roasted the guy in every way possible. Moreover, some people even apologized on behalf of every man out there. A user was perplexed as it seemed to be a troll profile and maybe this guy doesn’t even exist in reality. Someone else added that they thought the same but then noticed that this is a verified profile. So, the evidence makes it clear there might be an actual person named Paul who is as terrible as his description.

A person wrote: “Slept with some of the world’s most beautiful women yet none of them has stuck around and he is on Tinder… That says it all to me.” The second person supported the same, saying, “That was my first thought as well. Apparently, he couldn’t keep any of them lmao.”

Well, this isn’t the case where such obnoxious behavior has surfaced for the first time on the Internet. Two years back, a guy had termed his Tinder match a “pig” just because he didn’t like her response to one of his flirty questions. The woman had added that a woman who’s considered a ‘plus size’ tries to be more confident with her body but with such statements, it’s never an easy thing to do.