A TikTok user named Casey took the platform by storm by sharing a bewildering video. He had moved into a new locality in the U.S. with his family. Soon, they began noticing the natural sounds getting around repetitively. Unearthing the strange observation, they started strolling in their area following the sounds. To their surprise, they ended up finding concealed speakers. 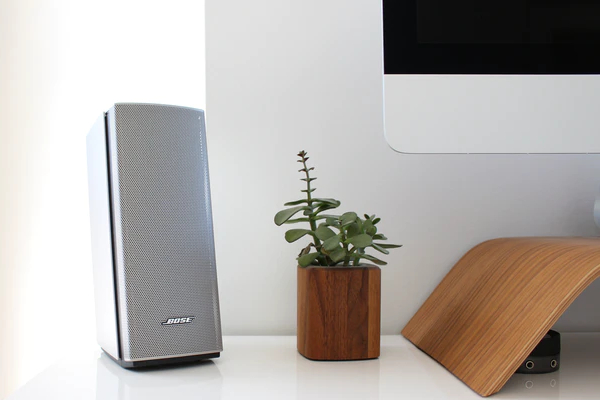 Sometimes, things are not the same as they seem to be. People try to fabricate to work out the natural world bliss. And, thanks to high-end technology, that has become a popular possibility. Many gadgets come in handy to churn eternal delights by imitating nature and its bounties. A TikTok user named Casey came across the burgeoning practice and unveiled it before the world by sharing a surprising video on the platform.

Casey had moved into a new locality with his family in the U.S. After some time, they began to catch something unusual with natural sounds like chirping birds in their area. Paying closer attention to them, they then noticed a repetitive pattern in the sound. Their observations began to unnerve them. Thus, they decided to come up with the reason behind their peculiar observations.

Following the strange sounds, they began strolling in their area. Carrying on their search, they ended up finding concealed speakers in the area. From rocks to pipes, they went on finding them scattered across their neighborhood. Not just that, they also recorded their findings. To share their observations with the world, Casey posted the video capturing the hidden speakers on TikTok under his handle ‘@cursedhome’.

One can see speakers hidden in green patches, rocks, pipes, etc., and spreading natural sounds. Casey goes on to pull them out of their havens to bring them into the light. Taking on their stunning finding, Casey shared, “We discovered something strange in our newly built neighbourhood… I don’t think this is normal. We started to realise all the bird and nature sounds were on repeat. We then started to find actual speakers hidden everywhere.”

Adding to that, he said, “Isn’t it scary they have fake nature sounds instead of real ones?”

The video has stormed the platform and has garnered more than one million views. Not just that, it has also received thousands of comments. People have liked the video and lived the discovery. Many of them have come up to express their surprise.

Taking on that part, one social media user wrote, “Did somebody say The Truman Show?!” Another user maintained the line and commented, “What in the Wandavision is going on here?!”

Some people saw the bright side of the hidden speakers. Underling that line of perspective, one soul said, “Maybe it’s to attract the animals back to the disrupted area?” Not just that, one went ahead to point to the possibility of other findings. Shedding light on that, the person commented, “Wait till you find out about the cameras.”

Apart from the expression of surprise and optimism, some people turned to bring in the possibility of the findings being a sham. They could not find any reality in the video and a reason to believe in the story. They thought it to be a mere publicity stunt by Casey. According to them, he had arranged the speakers himself and was feigning his finding. Thus, to them, it was nothing but another fake video doing the round on the TikTok platform.

Despite the apprehensions, the video continues to make waves in the TikTok world.