A couple came under fire on Reddit for having their wedding theme based on the 9/11 attacks. They had used the 20th anniversary of the tragic event feature on their wedding favors. They supported the harrowing date with the picture of the two attacked towers. Their picture struck the social media world to churn the waves of criticism against them. 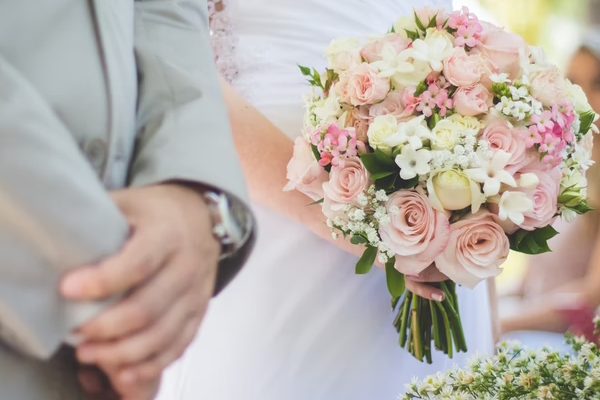 Weddings tend to get around some fancy and evoking themes nowadays. They are no more about food and dress only. People try to push the bar by showing their creativity and celebrating their moments through the theme. However, some end up taking that too far and unacceptable to the world around them. A couple found themselves in the same section after they based their wedding on the 9/11 attack theme.

This year saw a spate of tributes and respects flowing to the people who lost their lives on the 11th September 2001 attack. They made the best of the 20th anniversary of the harrowing event to pray for the peace of the deceased souls. Many shows got on the scene to remember the departed souls. But some people made that a part of their celebrations. The couple did the same thing. They brought the perturbing event into their wedding space. Their wedding favors supported the picture of the two attacked towers making for eleven of the date 11th September 2021 and “Never Forget”.

Baffled to see the moving theme and celebration, one Reddit user turned up to share the picture on Reddit. The person wrote, “This couple thought the 20th Anniversary of 9/11 was a great theme for their wedding.” And then, there came a wave of reactions.

Many people held the stage to ridicule the couple for their insensitive move. They lashed out at them for having their wedding around the unpleasant theme. Taking on that part, one person said, “This is, without a doubt, the most trashy, tasteless, self-aggrandising, obscene, revolting thing I’ve seen on the internet.” Another soul turned up to say, “Straight up disgusting.” Adding to that, another person wrote, “I don’t think getting married on 9/11 is inherently insensitive, but making your wedding 9/11 themed definitely is.”

Some Reddit users came up to delve into the other facet of their move. They brought out other issues, money, discounts, etc., to see their move in the appropriate domain. One of them commented, “MAYBE if they met on 09/11/2001 and they helped each other get to safety and they waited 20 years to get married I could POSSIBLY understand I think. Just trying to wrap my head around this one.” But people did not see their wedding theme in a convincing light.

Taking on that part, another soul wrote, “Some wedding venues offer discounted rates on this date, for the obvious reason. I don’t think getting married on 9/11 is inherently insensitive, but making your wedding 9/11 themed definitely is.” A third person added, “When you get a great discount for picking a date no one wants and just really run with it.”

One wedding money-raising trick that left the social media world divided was that of a woman looking forward to her hen do. She was not having enough money to celebrate her hen weekend in Texas. Therefore, she put up her PayPal account details and plans with bright colors on the windows of her car. Her move did catch the attention but only to divide opinions of the social media world users on the platform. Thus, the social media world has got its hands full of contentious events and moves for its users.

Mortified Mother Has Sleepless Nights Over Her Daughter’s Name