Gender reveal parties are an exciting way to break the news of an upcoming family member to the friends and family. But what if “you get it wrong” the first time? This couple experienced it first-hand but made up for their mistake by redoing the gender reveal party for their teen child. 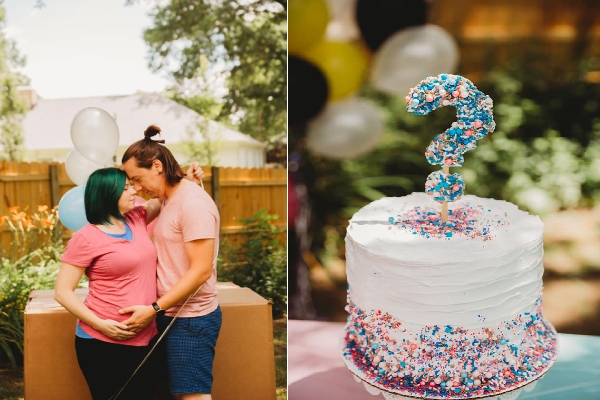 Love Gwaltney and her husband shared on Facebook why they needed to reintroduce their child to the world. She posted, “We wanted to announce that we got it wrong 17 years ago when we told the world we were having a little girl and named that girl McKenzie.” Love wrote on Facebook, “We would like to introduce you to our SON: GREY”
When the couple found out that their daughter has turned out to be a trans boy, they made it up for their mistake by redoing his gender reveal party and reintroducing their son to the world.

The party began like any other. Love and her husband Brandon wore matching outfits of pink and blue. There was a cake with pink and blue sparkles and a big question mark on top. In addition to it, there was a big explosion box that typically contains pink and blue balloons. But the major twist in this party was that as the couple counted to one, their 17-year-old child popped out of the box with yellow, white, purple, and black breaking the news of his new pronoun of he, him, and his.

The color of the balloons represents his non-binary gender identity and the pink, white, and blue color of the cake is symbolic of the colors of the transgender pride flag.
When Grey came out to his mother and stepdad about his new identity as non-binary, they were supportive of him. But he was nervous about his extended family’s reaction to the news. It turned out that they accepted his new identity with open arms and are doing their best to use his correct pronouns.

Grey is a rising high schooler and helped his parents organize the party. According to him, the discovery of his new identity as non-binary was a long journey but it feels refreshing to have that burden off his shoulder.

Because Love and her husband Brandon are expecting another child, her friends and family thought that the Facebook post revealed the gender of their upcoming family members. But when it turned out to be about her 17-year-old trans boy, the post received an overwhelming response from the world.

Love forgot to make the post private and it blew up with more than 50,000 shares and thousands of comments. She has been receiving a lot of direct messages from people who are sharing their own stories of coming out to their families.