It is rightly said that it takes courage to dream of something enormous and it takes consistent hard work and efforts to make that dream come true. But sometimes, there are obstacles in your journey on which you have no control over. In such a case you make efforts to cross over those obstacles. This girl couldn’t fulfill her dream of studying at Warwick University because of a shortage of finances. But Taylor Swift helped her to pursue her education by donating $30000 to her. 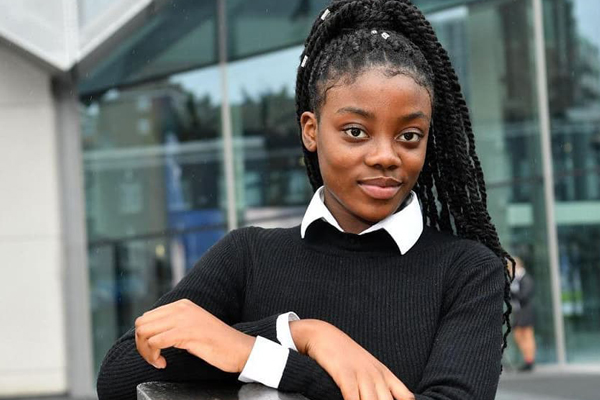 Victoria Mario is an 18-year-old girl who migrated from Portugal to the UK four years ago and because of this reason, she was not eligible for a maintenance grant. The teen girl went on to say that her father has passed away and her mother lives in Portugal and that the family she is currently residing with are on a low income and are unable to financially support her studies.

Despite being a bright student and scoring A* grade in Maths, Further Maths, and Physics at A level, she was not being able to pursue her dream of going to university. She was devastated before she created a GoFundMe page in the hope to raise enough money to study Maths at the University of Warwick.

Victoria’s GoFundMe page read, “Sadly, my father has passed away, and my mother remains in Portugal. Moving away from her was a challenge but it was a sacrifice worth being made, in my family’s eyes. If you can get a university education in the UK, you will be set apart for life. In spite of this, I have always been a studious person, and after coming to the U.K. in 2016, unable to utter a word in English, I achieved 100% A*-As in all my GCSEs in 2018, getting a grade 9 and 8 in Maths and English respectively. I am currently a student at Brampton Manor Academy, notorious for their work in helping young Black and minority ethnic students such as myself gain entry to top U.K. institutions.”

Maths at Warwick will soon be a REALITY and not just a dream. Thanks to God I was able to secure my place yesterday. I would like to thank everyone for supporting, sharing and donating towards my campaign ❤ #NEXTSTOPWARWICK🥳🥳 GoFundMe link: https://gf.me/u/ykz5x5 Ps: Don't forget to tag people/organisations that might be willing to help🥰

The estimated cost of pursuing her studies at the university was $32000 for accommodation for her 4-year course, $4000 for her textbooks and laptop, and other $17000 for other expenses such as utilities.

Singer Taylor Swift when came across the page donated an ample amount of $31,122 along with a comment, “Victoria, I came across your story online and am so inspired by your drive and dedication to turning your dreams into reality. I want to gift you the rest of your goal amount. Good luck with everything you do! Love, Taylor.”

Before she created the page on GoFundMe, she approached 442 corporate firms for sponsorship but to no result. But she didn’t give up and went on to post flyers through letterboxes in Kensington, one of London’s most affluent boroughs. GoFundMe page was her final attempt for her to make her wildest of dream come true.