Kids are very observant nowadays and they are so innocent that they ask all types of questions in front of anyone. Some questions might even lead to splitting up of their parents. Something very hilarious happened with this father when his 4-year-old daughter asked her mother why her innerwear was in the dad’s car. And guess what? The mother hasn’t been in his car for weeks, as claimed by the father. The story, however, came with a twist. 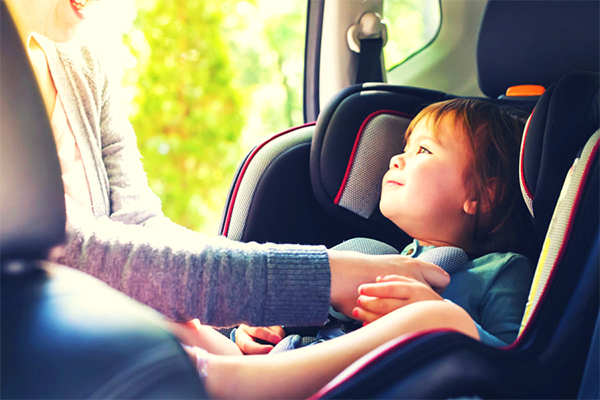 This man took to Twitter to share this serious but hilarious incident, on how his 4-year-old daughter tried to snitch him by confronting him and his wife by asking why was there another woman’s innerwear in her dad’s car. The wife, who has not been in his car for weeks, gave him a killer side look. The father could see his whole life flash in front of his eyes.

The furious wife walked up to him demanding an explanation. The father said that there wasn’t any lingerie in his car. The kid being innocent asked that what the cup thingy with straps in his car was. What else it could have been if not lingerie? This made the whole family walk up to the garage. All of them had a look in the car. The innocent father must be thinking why anyone would play a prank on him like this!

What they found was extremely hysterical! Instead of innerwear, they found a disposable face mask. The mask, which is worn when you are exposed to dust particles and other pollutants, is an easily confusable item with lingerie for a 4-year-old. The baby girl mistook his oxygen mask for lingerie. The situation which was first awkward and could have been a great trouble for the couple turned out to be chaos full of comedy. The father was relieved but he got the idea where her daughter’s loyalties lay.

Sharing the picture of the mask on his Twitter account, @AngryManTV, with the explanation of the whole hilarious situation, created a buzz. The Twitter blew up with this amusement. This tweet, with 24000 likes, has been retweeted 13000 times since then. Many people commented hilarious things on his post saying that now he knew on whose team her daughter was. Some went on saying that even he knew that there was no undergarment, he was still scared and he must be thinking that who on earth would frame him like this. Others kept on sharing how they were always on their mother’s team and snitched their father’s.

Thankfully the father’s life was saved as the little detective got it all wrong. The father, however, learnt that he needs to be careful around her.