Smartphones have become a part and parcel of everyone’s life in the last decade. Going somewhere without a phone even for an hour seems impossible. A recent survey found out that 40% of people would rather give up their dog than their smartphones for a month. 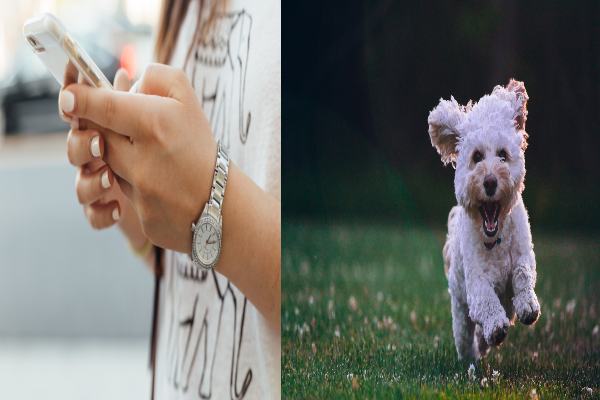 Dogs are considered a person’s loyal friend who gives unconditional love, comfort, and company without expecting anything in return.

A poll conducted by a text messaging marketing agency revealed that 40% of people find it difficult to leave their phones than their dogs for a month.

There is no denying the fact that smartphones play a very paramount role in a person’s life for communication, work, internet streaming, and other things but dropping a puppy for a gadget is something that isn’t expected of humans.

The poll revealed one more interesting fact that 42% of the people who polled admitted they would rather give up their romantic partner than their smartphone. However, it would be amusing to see if they would actually admit as much to their other half.

What came out to be more shocking for researchers is the fact that 53% of overall respondents were not willing to give up physical intimacy for a month and would rather give up their smartphone. However, the opposite was true for Gen Z respondents, with 56% choosing smartphones over physical intimacy.

The poll was conducted with Americans across 50 states found that 72% of those who participated in the poll would prefer splitting up from alcohol than their phone while another 64% would give up coffee.

The most hilarious thing that the poll revealed was that 60% of people were willing to give up social media if they could keep their phone. It would be interesting to see what such people would do with their phone when they are done checking their emails and have replied to their text messages.

Smartphone users confessed that they would spare hundreds of dollars if they could keep their phone for a month with 35 % of respondents would pay $500-$2000 for the honor.

There is no doubt that phones play a very vital role in our lives but one cannot deny the feeling of love and warmth one experiences when a dog is around. How can you forget that a phone could ditch you with a low battery but your dog won’t ever leave you when times are tough.