Escaping from cleaning up the mess created by your dog is something one may choose to do when no one is watching. But recently, a nine-year-old boy left a laminated savage note on the signpost for a dog owner. The note warned the owner to clear the pet’s mess after the walk as it leaves the path filthy for the boy. 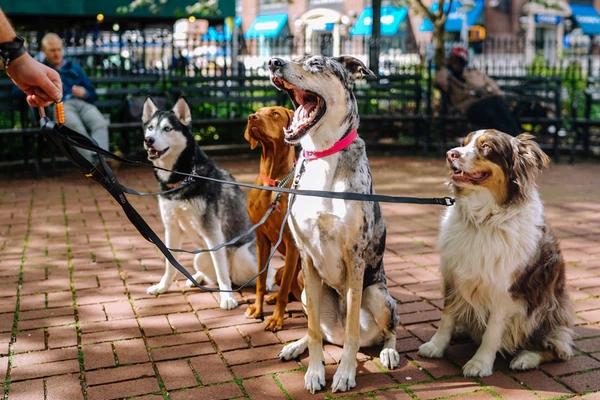 The boy was confident in calling the owner a lazy idiot for not taking the responsibility of cleaning up after his dog. A layman spotted the note hanged onto a signpost and shared it on Reddit where it went viral.

The image revealed the message that the boy was frustrated as the dog stool used to dirty not only his shoes but also his brothers and sisters. The stool stuck on his shoes further made his house dirty.

The boy expressed his anger through the note. He had a point that if he can pick it up being a nine-year-old then why was the dog owner acting lazy and being an idiot.

The boy was agitated and wrote in the note that irrespective of the age, the owner should start cleaning up as it’s disgusting for him to walk down the same road that was messed up by the dog.

He explained that the owner should buy poo bags that are cheap and readily available, he added that it’s a simple task to put the stool into the bag using his hands or a stick, such a simple job can make the road clean and walkable for others.

He closed the message by adding in bold, “Pick up your dog’s stool. You are a filthy animal.”

As the post was shared on Reddit by a walker, he made sure that each dog owner out there should read the message. He captioned the post, “Found on a walk, let that be a message for all dog owners.”

The post went viral as many users started sharing their viewpoints. The post was bombarded with comments.

A person commented that it is frustrating when people put dog stools in the poo bag and carelessly hang the bag on the trees or hedgerows. The commenter suggested that it’s better if the owners brush the stool to the side and let nature take care of it.

Someone hilariously pointed out the fact that he is worried for the nine-year-old who is angrily walking around the countryside along with a heavy-duty staple gun, who genuinely wants his shoes to be clean while he goes for a walk.