Typos can turn out to be a blunder but this man has a different opinion on this one. He ended up celebrating a stranger’s bachelor party because he got an email invitation because of a typo. 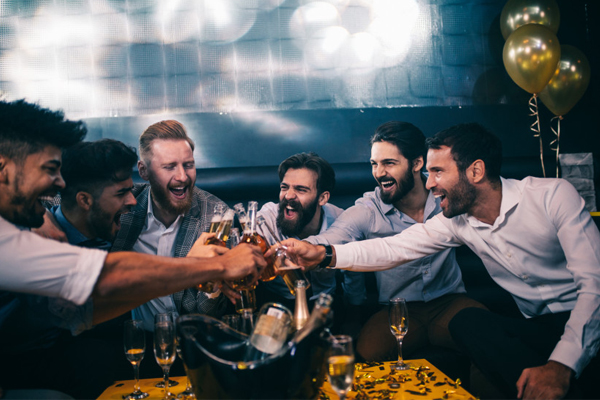 Will Novak, resident of Arizona, received an email invitation for a bachelor’s party but it wasn’t meant for him. It was for Bill Novak in Brooklyn. However, this didn’t stop Will from wanting to attend the party. This typo of replacing “B” with “W” made a hell lot of difference to Will. He needed money to attend this party in Vermont.

He asked the people if he could attend it and they were more than happy to have him.
This party was for Angelo Onello and he had a dress code which was retro and chilly. So that meant Will had to go shopping for 80s clothes and some skiing attire as well. There was a fee of $150 for things like beer, food and housing.

So he raised funds through GoFundMe and ended up getting funds in 2 hours. He then went on to board the flight where his adventure started with all the benefits. He was greeted at baggage claim with six cases of Night Shift beer from a local brewer. The biggest surprise hit him when he landed in Vermont.

When he went to get his rental car, his ride was upgraded to Maserati SUV. When he reached the location, the party peeps were already shooting fireworks. He just dived in to have all the fun with metal music they were playing.

So, he was having all the fun in the world and not only he made great accidental friends but also gave Angelo the coolest gift ever. Will had received $5,000 in form of funds. That was more than he needed. So, he gave the extra money to the groom, whose fiancée was then four months pregnant. The couple would undoubtedly need the cash for the baby and that was considerate of him to think of his needs.

Will then got to be on the show “Good Morning America” and he said that it was the craziest thing he has ever done. Hitting a stranger’s bachelor party was never on his to-do list.