One of the very few greatest things happened in 2020 was the inauguration of “White Limozeen”. The bar is based on the theme of Dolly Parton and beautifully constructed on a rooftop in Nashville. It delighted the hearts of many fans of the country legend. 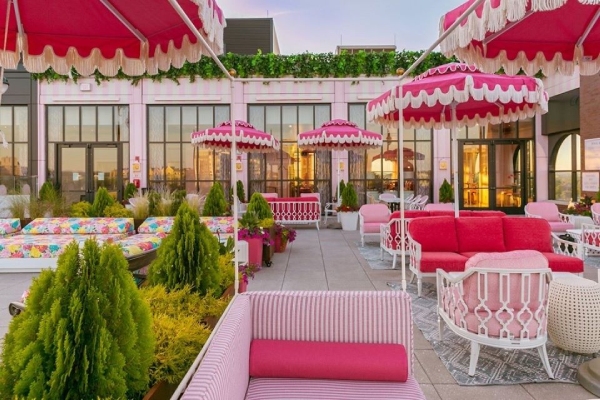 The “White Limozeen” was well occupied at the Nashville venue which perfectly channels Dolly’s energy. It was filled with retro frills, bright prints and lots of pink. Moreover, the theme for the bar was totally based upon Dolly Parton. This enabled the fans of Dolly’s 29th solo studio album to immediately recognize it. The only person who deserved an entire bar was the country legend who managed to release a whopping 50 studio albums in roughly as many years.

In addition, the menu of the bar was totally relatable to Dolly’s seamless mix of high and low brow. One would be finding the caviar and tun crudo along with “millionaire’s Twinkie” and Jell-O on the dessert menu. Not only this, the cocktail menu was even more enthralling as it comprised of drinks named as Queen of the Radeo(a “gussied-up Cosmo”), Lightning bug(sparkling martini) and Another Day in Paradise (pina colada).

Moving further, the pink chicken-wire statue of Dolly herself added more charm to the bar. Being on the top of the Graduate Nashville hotel, it provided the guests with sparkling views of Nashline skyline along with the sizzling pool. If you are planning to make a Dolly-themed trip, then “White Limozeen” on the top of Nashville is definitely special enough to be worth it. Additionally, Nashville was Dolly’s musical home and her them park, Dollywood was also a few hours away. The place is highly recommended for road trips and bachelorette parties.

Though, the restaurant is currently operating on limited capacity due to coronavirus restrictions, you still have plenty of time to plan your trip. Meanwhile, you can celebrate your Dolly love by listening to her songs or watch the Netflix shows inspired by her music. Moreover, you can also shop items for her clothing line. There is no shortage of tracks as you have 50 albums to choose the music from.