Relationships are all about trust and understanding!But when people tend to lie, cheat or become carefree in their relationships,there is no way of it working out in the long run.A woman shareda heartbreaking story about her partner who had been cheating on her. The woman did not wish to reveal her identity so the following story doesn’t include any names or other personal details. 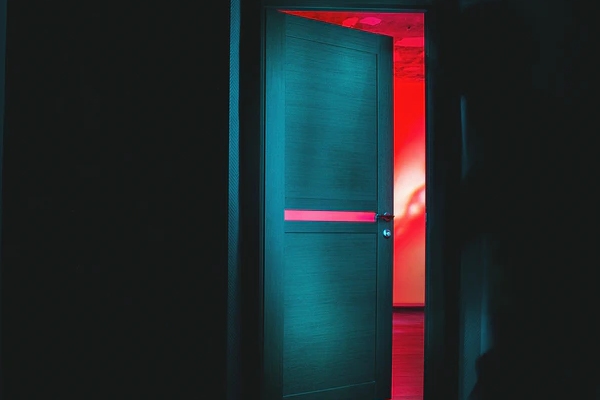 The woman first met this guy through commonfriends when she was 25 and they got along instantly.She had never been happier with any of her past boyfriends like she was with him because he loved her too well. Even though things were so good between them, when they were nine months into the relationship, he confessed to her that he had cheated on her six months ago with his ex-girlfriend. This left her shattered but she still chose to give him another chance. Even though she couldn’t understand why he confessed it to her, she really wanted things to work out between them.

Pacing it up, 8 years later when they had been together for so long, the woman got the shock of her life. One night there was a knock at their door so she and her boyfriend woke up but they chose not to open the door so the person who had been knocking the door left. Her boyfriend got out of the bed and told her that he knew who it was at the door and that he’ll go and sort out things. Giving her no details, he left the house.When he returned home in the morning, he told her that it was his ex at the door the previous night and that she wanted him to buy her out of their common property.

She tried to join the dots but couldn’t understand why her boyfriend’s ex would abruptly return after eight years of being with someone else. When she propelled him to tell her the truth, he told her that he was tired and wanted to sleep. He eventually owned up to everything in the evening.

His coming clean was a bolt from the blue for her. She found out that the woman at the door was not his ex but his girlfriend. What was more shocking was that she was not just his girlfriend for these eight years but also for seven years preceding her relationship with him. It hit her that all theseyears had been a lie and she decided to leave him and never turn back.

Finding out the truth was not the hardest thing for her but how it had taken a toll on her was. On meeting with her boyfriend’s other girlfriend, they ended up getting a “three-way divorce.” Even though they weren’t married but they had both lived with him for so many years, hence the divorce. When the two ladies discussed things, they found out to what extent their lives were similar and it was so strange for them.

She even revealed that she suffered from PTSD and that she hasn’t been in a serious relationship since then because knowing that all those eight years she loved a man who lied to her every single day has left her with trust issues.