Pets mean lives to some people. They can go to any length to ensure their well being. One of these kind-hearted souls is Jessica Sardina. The lady is fighting hard to get the custody of Honey- her ex-boyfriend’s pet. She is pushing hard despite the fact that the court has struck down her plea. 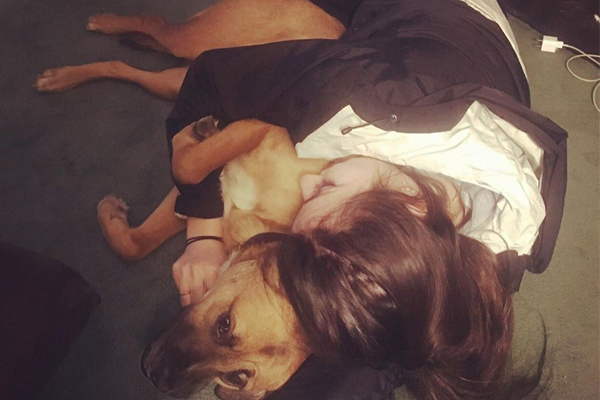 The lucky pet Honey is a 4-year-old Labrador retriever-boxer mix. According to the adoption papers, Kelvin Liriano is the legal owner of the dog. Sardina was left back with three dogs after Kelvin deserted her. She legally owns two of these dogs and Honey is unfortunately not one of them. She took care of the pet and treated the pooch like her own. She has also alleged that Kelvin did not turn up to get his pet back. Even during the days of their togetherness, he did not use to take care of his pet. Sardine has claimed that he would not look after the dog financially and physically.

The 25-year-old woman has argued that a pet should not be treated as property. But Maine Supreme Judicial Court has struck down her plea. She desperately wants to gain custody of Honey. In around 50 states, a pet is treated as property. But out of them, only the three states- Alaska, Illinois and California have laws to handle the issues of custody of a pet during the divorce of a married couple. But in this case of Honey, things are more intricate. This is so because no state possesses any law to sort out this issue in case of an unmarried couple.

Her absolute favorite place in the world. She should be at camp with her family right now. Kills me to know she’s locked up alone in a house all day and doesn’t even have a yard to play in. We miss you, sweet girl. Hang in there while we continue to fight for you and your happiness 🙏🏻❤️ •••••••••••••••••••••••••••••••••••••••••••••••• #bringhoneyhome #honeythedog #thehoneylaw #petadvocacy #animaladvocacy #partofthefamily #animalwelfare #rescue #adoptdontshop #rescuepup #rescuemom #boxer #boxerlab #shepherd #mixedbreed #dogsofinstagram #boxersofinstagram #myworld

The Chief Justice Leigh Saufley had earlier put forward the fact that whether the case required judges to spend time on it. There has been no written decision in this case. But there is nothing to baulk Sardina. She said that the fight for Honey was far from over. She intends to take this ahead till she is able to get her pet back at her home. On Kelvin’s front, she has denied having any contact and any sort of custody argument is off the table in their case.

A desire that stems from heart and soul is fulfilled by all means. Sardina’s vow is one such pious desire. The end of the fight will favor the one who has been honest throughout the whole scenario. One can only hope that Honey gets to live with her true and deserving owner.