A person saw a woman in a humorous position on his Google map street view car. The man found it funny and shared the picture on his Reddit. The woman was lying on the floor with half her body inside the bin. The picture went viral as many people found it amusing. 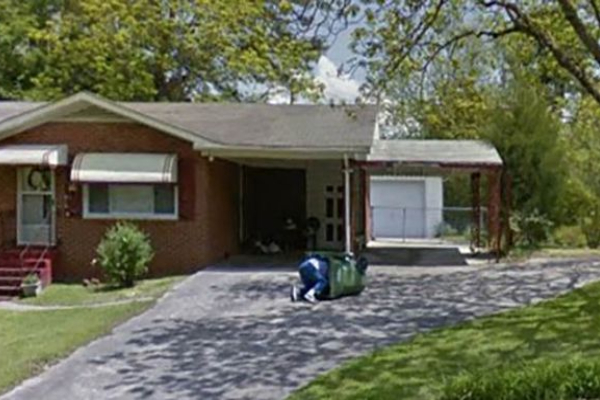 Google maps is one on the best navigation sites. It shows real time traffic and also the shortest route. In the 21st century we have vast technologies which help us see the world while in comfort of our homes. Google Maps Street Viewer is one such technology launched in 2007 which gives us a panorama view of the streets. It is available not only in the urban but has also expanded to rural areas as well. Google maps street view car allows us to see iconic locations like The Taj Mahal or The Statue of Liberty from any corner of the world.

Every story has two sides to it. Despite the amusing benefits that the street viewer provides, it can also capture bizarre moments. In one such incident, the lens captured a woman who had fallen into a bin. The woman was seen in front of her beautiful mansion with a front lawn and a driveway leading to a pedestrian path. The discerning user could not stop laughing at the comical sight. As a millennial, he immediately shared the picture online for people to see.

The incident took place on a residential street. It was a moment of sheer coincidence that the Google car was driving in that particular lane at that particular moment. The woman was seen lying on her driveway with the majority of her body lying inside a wheelie bin. The Google map user took to Reddit and shared the amusing scene captioning it: “I didn’t expect to find this.”

People turned a blind eye towards the unfortunate woman or the fact that she could be in pain. The commenter’s couldn’t resist mocking the poor lady. One user joked, “Maaa!! Who threw away my leftover ravioli?” The hilarious user compared her fall to someone searching for her favorite leftovers. Previously, a similar incident left no stone unturned. Google street car had taken a picture of a man with a wet patch on the front of his trousers. It appeared as if he had wet himself. This picture broke the internet.

The man claimed that he had predicted an embarrassing moment. He said he saw it coming. Two months before the photograph went viral. He took to his Facebook saying “I just poured half a cleaning keg all over my pants.” According to a magazine he said “I went outside to stand in the sun as a Google maps car passed by. Look for me on the street view. Soon I’ll be the guy that looks like he peed himself.”

Internet can be both a boon and bane. The users just need to find a reason to mock people, some incidents can be interesting and amusing. People know how take their dig on others. As we can see Google maps street viewer turned out to be embarrassing for some and fun for others.