You don’t know what the next moment of your life holds and where you’ll find yourself in the next second. Life can take a turn anytime and you just have to experience the ride as it comes. The life of Jess changed drastically in a matter of a few seconds when she had a seizure while traveling in a subway. 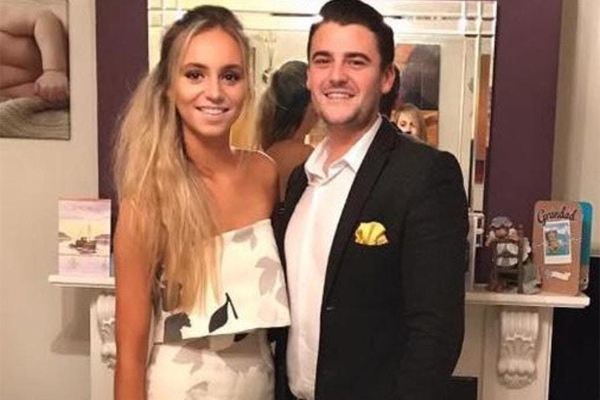 Jess was only 19 when she had to go through something unexpected and really painful. She was happy and content with all she had achieved in her life including her job as a recruiter in London and she was grateful to have met her boyfriend, Rich but of course, she was looking forward to what’s in store for her as when one is 19 years old, there is still a long way to go.

Jess and Rich traveled together daily from Tunbridge Wells into London in a subway and they utilized every minute in each other’s company of that two-hour-long journey. But life had a different plan for them as the sun rose on one particular day bringing in struggles for Jess and everyone close to her.

Jess was in the subway with Rich as any other day but the series of events that followed was completely unusual and horrifying. In the middle of their conversation, Jess stopped and fell into the arms of Rich. He was taken aback and it was hard for him to process the whole thing but he held her tight in his arms and waited for the seizure to stop. However, the wait was a bit too long as he felt helpless and panic was overpowering his strength.

Rich needed to be very alert at that particular moment even though it wasn’t easy for him to see Jess in such situation. Even though Jess had a medical condition of frontal lobe epilepsy which was diagnosed in 2010, this seizure she had was not normal even for her condition. Her parents were informed immediately by Rich and they were shocked on hearing this as anyone else’s parents would be!

Jess recalls her experience when she was regaining consciousness and tells, “I now recall seeing a woman running towards me but I had no idea who she was. She was hugging me and asking if I was OK but I just stared back at her blankly. She kept saying she was my mum.”

Imagine the gravity of the whole situation here! It was hard for Jess and equally tough for her family to see her being clueless of her past life and not recognizing her mom, dad or her boyfriend and even herself in the mirror. A sky filled with worries and tension had overshadowed all of them!

Jess shared her story and experience on her blog. She explained her condition, the name it had was retrograde amnesia in which a person tends to lose all the memories that happened before the injury or the incident causing retrograde amnesia. But there is also a piece of positive news, the new memories can still be created which was important in the case of Jess as she was starting to feel muddled by the things going on around her and “strangers” surrounding her.

When Jess’s parents called Rich over to their house to meet Jess, her state of confusion just increased to a higher level and fear started to creep in when they were spending time alone. Rich sensed her fear and that’s when Jess asked him that they should not see each other anymore. Rich was shattered but his love for Jess was ready to fight any battles!

He made a kind request to Jess for giving him a chance so that he can make her believe in the love they shared before she had the seizure. Jess was reluctant in the beginning but she looked at the brighter side for once (which is great, of course!) and told Rich she would go with the flow.

Jess’s acceptance of his request was the best news Rich had received in a long time. But now it was time for Rich to pave a path for Jess that would lead her to him in the purest way. He began by taking Jess to all the places they visited when they were dating however, this time he knew it would be a lot different than the previous visits. But different can be good too, right? It was indeed in their case!

Jess and Rich were now sharing some wonderful moments together which were new and in all ways, amazing! Jess fell in love with Rich after a while of sharing some beautiful moments with him. How incredible is that!

Whenever Jess found herself in a perplexing situation, Rich was right there to make her comfortable again. He was a breath of fresh air when Jess felt stuck in a cage! Love never dies, it can bloom again nurtured with care.