It was about an impulsive grandmother who always had an issue with something or the other. The new mom who was all set to deliver her baby, was ready for all the drama. She was well prepared for it! Firstly, the future grandmother wasn’t prepared to be a granny at a young age but later she was seen visiting the delivery room with the police escort. The mom was pissed off and she posted her views online. 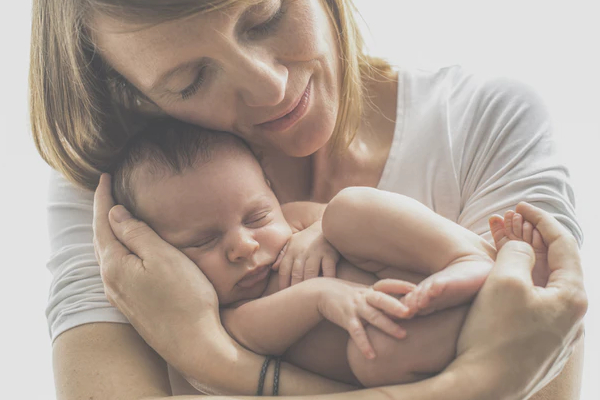 Parents are always seen to be over involved when it comes to their children. They are extremely worried for them and are truly obsessed with them at the same time. It is all natural to go a little overboard for them as they are their actual caretakers. Every mother wants her child to grow in a peaceful environment. She wants to do everything right for them. No one would ever expect a mom’s mother to arrive at the delivery room with a police escort! It would obviously be annoying for the new mom.

Narrating the story from the start, a mom to be shared the news of her pregnancy with her mother. The future grandmother was angry as she claimed she was too young to become a granny. She said that becoming a grandmother would ruin her life. She asked the woman to leave the house when she was told about it. Clearly her mother wasn’t happy to hear the news. The woman remarked that she was in her 20’s and had a stable job. She even had her own house with her significant other. Whereas, her mother was working part time and had a dubious boyfriend.

At the flick of a switch, her mother changed her mind. She was ready to welcome the baby and said that she would be quitting her part time job in order to look after the newly born. The woman got upset hearing that as she was supposed to be with her child. She insisted her mother to take back the job but she didn’t. The woman didn’t want anyone in the delivery room except her husband. She even wanted to control the people that would be visiting to see the baby. The woman was anxious for her mother to come in unannounced.

The woman went into labor but the couple kept the birth quiet. For obvious reasons the new mom wanted to feed her baby first and then go for a shower. She had a wonderful delivery and didn’t fret about her mother until then. She wanted to have a nap before their family and friends start visiting.Later, the new mom opened a one hour window for all her knows to come and visit the baby. She wondered if her mother would arrive within that hour as she was always late. However, there she was escorted by the police!

The mother found it extremely disturbing as a police officer was standing at the corner of her hospital room. On questioning it, her mother said she’ll explain later. The grandmother later explained that the police escort was there for her protection from her ex. That was the same person who for months she tried to convince her daughter to ‘give a chance’ and ‘he’s not actually into anything bad.’ People online said that her mother did all that just for gaining attention. A person pointed out that the whole story sounded fishy. Another said that the whole scenario was awful.

The woman believed her mother to be a huge attention seeker. As she looked back to the time she gave birth, not only she remembered the lovely time with her husband and son but also thought about all of the stress and craziness that went with it!