It's not unusual to find out an unexpected treasure while cleaning up the house, especially when you were searching for a lost thing all around. However, it would be more surprising to get a 42-year-old receipt, as it happened with Josh Byrnes. 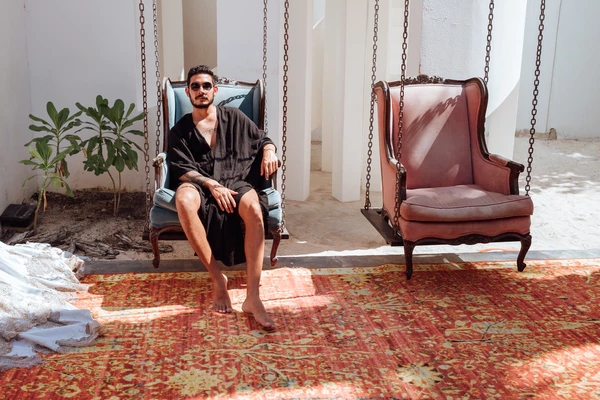 The Australian man was renovating his wife’s parents’ home in Sydney and found something that made him flabbergast with his discovery. As he removed an old carpet from one of the bedrooms, he found a much older receipt than Josh himself. The receipt dates back to 1978-the year when his in-laws had moved into this house. It was found out at the back of the wardrobe behind a shoebox. As he removed the carpet, the 42-year-old antique thing appeared.

The receipt was expected to be processed soon after they might have moved into their new abode. It showed a purchase of $0000.91 at the Woolworths store. The 33-year-old man decided to post it on Woolworths’ Facebook page to fetch more details about the purchase. He wrote: “Hi Woolworths, someone from our house attended your store on the 16/11/78, and as my wife Liz and I weren’t born yet, we can’t even imagine what was purchased for $0000.91. Any ideas?”

Well, it would be a mystery for people of this decade, as you cannot expect to get anything for just $0000.91. But back in the year 1978, things were not the same. The Woolworths’ catalog from 1978 says it all. That was the time when you could buy several groceries and still end up saving some cents.

Back then, the chicken was available for $1.09, whereas you could purchase spaghetti, yogurt, and Maxwell House coffee altogether in 60 cents. Moreover, pasta was 15 cents, and Sara Lee cakes existed for just 89 cents. Someone wrote: “This receipt still looks great after over 40 years, but your current ones are lucky to last a few months!”

Looking at the excellent condition of the receipt, other Facebook users also expressed their reactions. Many were impressed to see a find belonging to history. Woolworths reverted to the post admitting how astounded they were, to see a receipt so old and that too in such a great condition after 40 years.

They also added a poignant message that they couldn’t retrieve such an old purchase history as their system doesn’t allow them to do so. Later, they felt thankful to Josh for sharing the news. Besides, the receipt wasn’t the only discovery. It also included a newspaper from the post-war period and even bullets, which were disposed of. “We got rid of the bullets (they were live), but definitely kept the newspaper,” Josh added.

But as we said, it isn’t the first time when we’ve come across an incident like this. Earlier, a woman from the UK had found a written note on the wall by her house’s previous owner. She then got to know that it consisted of a tip that might have been written during the renovation in 1997.

The note apprised that it would require eight rolls of wallpaper to put up in the entire room. The incident was posted on the Facebook page ‘Bunnings Mums.’