Some decisions taken in life are the best decisions and life changer. Big Issue seller’s decision of spending his last 50p is one such decision in his life that changed his life completely and for good. He met the love of his life and his life changed completely. 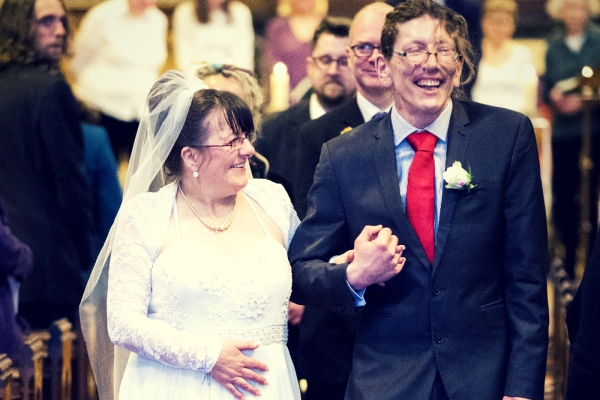 It was the best decision that he could have ever taken. The best part about this was he never knew that his decision of giving his last 50p to a stranger would change his life completely.

Big Issue seller Jack Richardson, 41, gave his last 50p to 51-year-old Toni Osborne in 2013. It was the first time that he med her and that day changed his life. Toni Osborne in 2013 passed him on a Bristol street and he asked her for some change. On which she broke down and told him that she didn’t even have money to pay her electricity bill.

Jack himself did not have anything on him except his last 50p and that is the only that he could do. He gave her his last 50p and thought that it was the right thing to do at that moment. He has kept the last 50p for his meter but did not think twice before offering her that and Toni accepted his 50p. With the exchange, the two of them could feel the creation of a bond between two them.

Toni and Jack met every day in the following weeks. Toni would often strike up a conversation with Jack and she met him on his usual spot. One day Jack told her that he had been given his Big Issue badge. The badge allows him to sell the Big Issue magazine. In a casual conversation, Jack told her that the park in which he had been sleeping was being boarded up. Listening to it Toni offered him her flat along with her. Christmas of 2014 was also approaching and Jack accepted her offer.

In a conversation with Real Fix, a podcast about extraordinary true stories Toni joked that “I wouldn’t recommend to everybody to take a homeless stranger in. But I felt drawn to him. There was something about him that felt safe.” After moving in together the couple got together and fell in love. It was insanely quick that on Christmas 2015 jack got down on his knee and popped the question to Toni. He chooses the exact spot they met. Jack’s customers got to know about the news and as their gift clubbed together to give the couple the wedding of their dreams.

The couple got their dream wedding in March 2016, though they had initially planned a cheap registry office wedding. Jack shared that “By the end of it, we had enough left over to buy a new bed, a new cooker – and a new pair of glasses each.” He also shared that “Toni means so much to me – my entire life did a 180 that day. I couldn’t have had any conception of that day and how much of a difference that one choice would make. It was the best 50p I’ve ever spent in my life!”

Toni shared “People have said to us it’s changed their minds and attitudes towards homeless people. That’s hugely reassuring. I just saw Jack’s homelessness not as who he was, but where he was when I met him. It wasn’t a reflection of him as a person. Speaking to him was the best thing I ever did.”