It is a tradition to present gifts to the bride and groom at their wedding but no one is denied entry if they don’t bring one. While some people buy from a registry to give the couple an item that will help them in their new life together, some people choose the gift themselves. This bride calls out the wedding guest for the thoughtful gift because it didn’t meet her expectations. 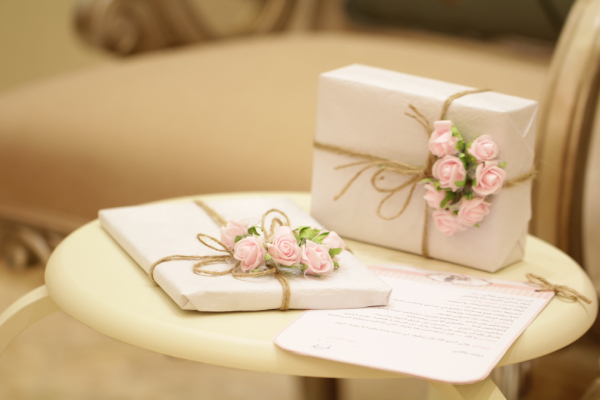 Wedding guest Kathy presented the couple with a hamper of treats. The gift basket included sweets, a jar of marshmallow fluff, biscuits, and crisps. The basket was accompanied by a card that read, “Life is delicious- enjoy.”

But instead of being impressed with such a thoughtful gift, bride Laura, called out Kathy for not gifting her a cash envelope.

After the wedding was over back in 2013, Kathy shared the pictures of the gift online which quickly went viral. Approximately after 7 years, the pictures have resurfaced on Reddit again and has caused controversy with users.

Kathy shared the original images and explained how she sent the basket but didn’t receive a thank you from the couple. Instead, Laura messaged her to inform her that the gift was below her expectations and an envelope of cash would have been better.

Laura wrote, “I want to thank you for coming to the wedding on Friday. I’m not sure if it’s the first wedding you have been to, but for your next wedding… people give envelopes. I lost out on $200 covering you and your date’s plate… and got fluffy whip and sour patch kids in return. Just a heads-up for the future.”

Kathy then shared with the Reddit users that she didn’t think she had done anything wrong in giving the gift and the users agree with her. The photo was shared in the wedding Shaming community on the site with the caption, “Bride shames wedding gift.”

The post was flooded with comments slamming the bride for being rude. One person said: “What planet is this horrible bride living on? If you don’t like or want the gift, then re-gift the damn thing and move on with your life, you rude hag. You do not write a snarky email to the guest informing them that they should have been aware that they were costing the bride x amount of money and their gift didn’t measure up.”

Another person wrote that the bride was an absolutely heinous person.

A third person said that if the bride was that desperate for money then she should not have blown $200 per person at a fancy wedding she didn’t need.

Another person commented that the bride might not realize but it actually can get pretty expensive to put baskets together.