Brides usually want everything done perfectly. Be it decoration, food, makeup but most importantly clothes. In an incident, a bride chose a fairy pink dress for her twin sister to wear on her wedding day as she thought the dress was cute. The twin sister refused to wear the dress and even be part of the wedding. The news became viral and people had different views on the dress. 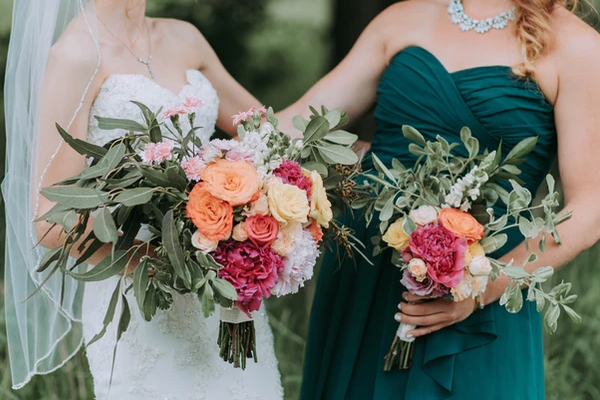 Weddings are a special life changing event for people. People desire everything to be perfect. More than perfect they desire it to be in accordance with them. In a similar episode, a bride planned for everything including her sister’s dress. She chose a pink and white fairy dress for her twin sister. She felt the dress was very cute and would make her sister look beautiful. The dress comprised of a flowy, bright pink tutu-style skirt and a white v-neck cami top. This look resembled princesses in fairy tales.

The bride, in an attempt to explain how beautiful the dress is, posted the picture on Facebook. People had different views. She criticized her sister for not listening to her and kept on justifying the beauty of the dress. She shared a picture of her aunt modeling in the dress. She explained that he dress would be modified for her sister and this is just a glimpse. The skirt would be a little above knee and high on the waist. She said that the picture was just the gist of the original dress that she had in her mind for her sister.

While the bride was angry at her sister, people that saw the dress on Facebook came to her sister’s rescue. People labelled it as a fairy costume rather than a dress worthy of being worn at a wedding. According to many people the tutu skirt and the cami top resembled a ballerina costume. There were some people on the bride’s side. They agreed with the bride that the dress would look cute and her sister should actually reconsider her decision. They said she should “bite her tongue” for not going with this dress.

Most of the people, however, were on the bride’s sister side and had mocking comments. A person commented- a tiara, wand, wings and fake pearls are all she needs to complete the look. Another person mocked that the dress was not ugly enough to be worn on a wedding. And a third said “Some child is very upset about her fairy costume her grandma sewed for her being stolen.” The bride was actually ridiculed for choosing such a dress.