A bride mentioned in an interview about how she had heard about her cousin’s unknown boyfriend’s daughter who she heard had behavioral issues, since the innocent child was ADHD positive. She stirred questions for having banned a child with ADHD from her wedding. 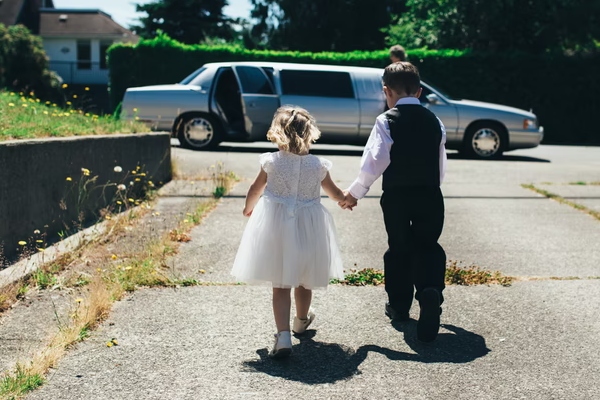 Even though the wedding date was months away, she still panicked and tried pushing the little girl away. And had figured out ways through which she could get away without having to inviting her.

When questioned, she argued with the fact that she had no issues with children and that all sorts of children were welcome at the wedding but since she wasn’t familiar with that child who was her cousin’s boyfriend’s daughter, she didn’t want her presence at her wedding.

She kept on mentioning about how she wasn’t close to her distant cousin as well and how she hadn’t met her in a long time. The child too kept on bothering her in different ways, as she hadn’t heard any good reviews about her behavior. She expressed her love for all sorts children but not her.

She expressed her disapproval over the issue of her cousin asking for a plus one for the boy she was dating and now that cousin went ahead and decided to bring her boyfriend’s daughter as well, who could’ve easily stated with her mother.

She suspected that it was cousin, who planned the whole situation as a vacation for her boyfriend’s ADHD positive daughter.

On being doubted as an Anti-ADHD person she said that a number of children on her wedding were ADHD positive and the she was comfortable calling them to her wedding as she was familiar with almost all of them.

She didn’t want to feel like a bad person for doing the same so she kept on asking the same question to everyone over there. Was she being unreasonable with her issues?

A lot of people had different-different opinions. According to one, she should’ve had invited the cousin at the first place, since, she mentioned about how she isn’t close to her. Someone else questioned the bride’s hypocrisy as she herself agreed for her cousin’s boyfriend’s plus one. People also objected her statements about that child and stated that almost everyone had such people, who they weren’t close to, at their wedding.

Where a lot of people were supporting her for this choice since it was her wedding, she received a lot of backlash for the same as she had issues only with that child with ADHD and even abused her for the same and they supported their statement with examples of other children who could’ve done the same and it wasn’t up to her to decide which child could misbehave and which couldn’t. Making such insensitive statements lead her to a lot of problems and troubled her all through out.