Recently on Reddit, one infuriated woman shared her wedding day downfall when her Brother-in-Law decided to instead make his brother’s day all about him. He did so by proposing to his girlfriend right before the ceremony. Needless to say, the bride was enraged. 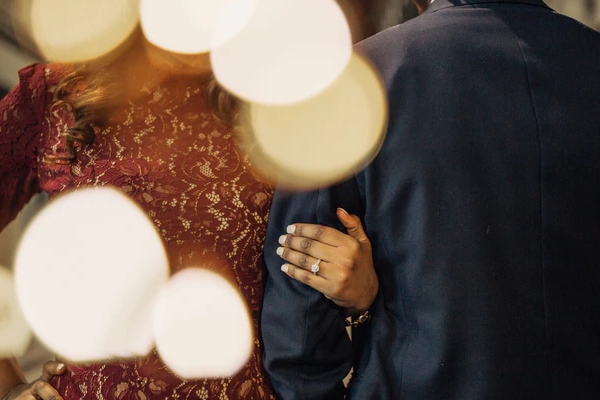 Many of us love weddings, especially when the wedding is ours. Days and months of preparation go towards making that one day as beautiful and perfect as it can be. However, there are always those entitled relatives who try and make everything about themselves. And in this case, the entitled one is none other than the brother-in-law himself.

Narrating the entire incident on Reddit, the woman wrote that how everyone, including herself, was so happy when her husband chose his brother as his best man, as they are pretty close. So, it was pretty surprising when he pulled something like that.

When the day arrived, the bride got suspicious when she saw BIL’s girlfriend wearing the same color as her. Just when everyone took their seats before the ceremony, brother-in-law went towards his girlfriend and the bride watched in horror as he kneeled down and proposed to his girlfriend. She wrote, “She took her time then said yes, next thing I knew my husband started clapping along with my mother in law and the rest of the family.”

It was shocking and hurtful, to say the least, and rightfully so since all his brother-in-law did was steal the spotlight as everyone went crazy and started congratulating him. Taken aback by this uneventful event, she watched all her bridesmaids hugging and congratulating them while her mother in law rushed to stand next to her.

The bride further added that she was so angered that it was difficult for her to even stand. Many of their guests were awkwardly staring at her while her mother went out to get some air.

When the ceremony finally started, she could still notice that many of the guests weren’t paying attention to her and were busy congratulating her BIL and her now fiancé. She added how she dropped the ring when exchanging because her hands were literally shaking with anger.

Bothered by the situation, the bride went to privately speak with her husband and brother-in-law and told them how his decision was affecting her and took away the couple’s special day. The BIL shamelessly said that he couldn’t find a better opportunity to do it and said that he already asked her husband for approval.

Her husband then said that he was pressured into permitting it by their mom and said that it wasn’t a big deal. She wrote, “I got so fed up I told Kevin to just leave. He tried to argue, I told him it was my wedding, just leave”. He then rushed out and was followed by his mother shouting that she had no right to do so.

Since then, her In-laws haven’t stopped contacting her and calling her all sorts of names for hurting BIL’s feelings. She continued saying how disappointed she is with her husband and saying the whole situation is just awful.

As expected, many commented that she totally wasn’t in the wrong and what her In-Laws did is pretty terrible. Many replied saying the husband was just as guilty when he allowed his brother to do such a thing without even consulting her.