A bride-to-be has set herself open to criticism after demanding an ‘application essay’ from the guests that would explain their enthusiasm to attend the wedding. Her annoyed sibling unmasked the awkward situation being faced in earning a guest spot on the wedding list. 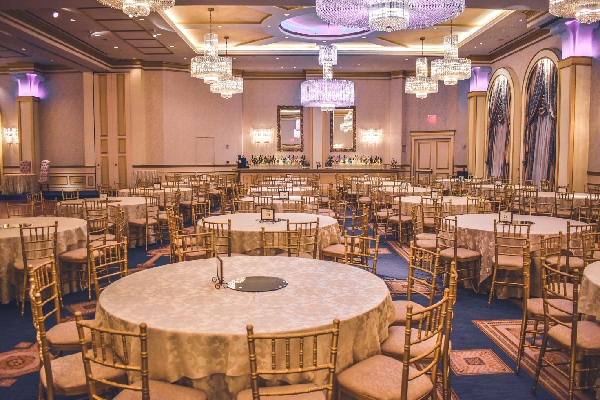 Preparing a guest list for any occasion can be challenging but when it comes to your big wedding day, choosing whom to invite and who to cut down from the list can be troublesome especially in this COVID-19 pandemic.

One bride eventually came up with her own solution for downsizing the guest list – but she could not make an impression on everyone.

The bride-to-be’s sibling was so frustrated and confused at this idea of hers that she took the matter to social media after refusing to RSVP to the big day because she was required to write an ‘application essay’ just to attend the wedding of her only sister.

According to the sister, ‘application essay’ was the only criteria in a bid to win a spot at the downsized wedding, and people who do not choose to write an essay will be automatically disqualified.

She wrote, “My sister is getting married next February, destination wedding no less. Because of the pandemic, her original venue has made her cut down on guests because they’re cutting capacity by half. As a result she’s sending out ‘re-invites’ that asks everyone to RSVP again. But in order to figure out who to invite and who to cut, she’s asking all confirmed guests to submit two 250-word ‘essays’ to two questions. The gist is that they’ll use these essays to choose who can come or not, based on people’s enthusiasm. People who don’t write the essays at all will be automatically disqualified”.

Bride’s sister expresses that it is completely unfair for her to compete with other guests as she is her only sister and things that her sibling wants others to flatter her.

The essays were supposed to be written based on two questions: “Why do you still want to celebrate this day with us?” and “What will attending our wedding mean to you specifically?”

The sister made it clear to the bride that she was not willing to write 500 words on why she needs to attend her big day, which included plane tickets, hotels, and a wedding gift at her own expense.

She mentioned, “This has really rubbed her and my parents the wrong way. She’s said that to keep things fair if I don’t fill out the RSVP correctly I won’t be saved a spot. I said fine with me”.

The next big challenge for the sister was her parents who said that she was going to land into big trouble with all their relatives if she doesn’t show up. Moreover, they expressed that her ‘bride sister’ is being fair and she needs to write the essays.

At this point, the sister chooses social media for advice on who is being fair. Readers got her back and said that she is being reasonable.

One reader replied, “I would definitely send in two essays. The first would say ‘Mom/Dad said I have to come or I’m in BIG trouble’ over and over again until you hit 250. The second, ‘I’m your sibling’”.

Another commented, “Tell your parents that if they want you to attend so badly, they should write the essays for you”.

Yet another branded the whole thing ‘insane’, followed by someone who proclaimed it to be ‘ridiculous’. He said, “I hope no one writes the essay so she can see how ridiculous she’s being”.

Well, another reader summarized it all by saying that he thinks that this is one of the most idiotic Bridezilla performances he has ever seen.

Well, it seems some families are facing the chill wind of COVID-19 restrictions!