A kid becomes a helping hand to a builder for a while and in return, the note his mom received was recognition of his special contribution. Plus, the builder has also been applauded for his nice gesture. 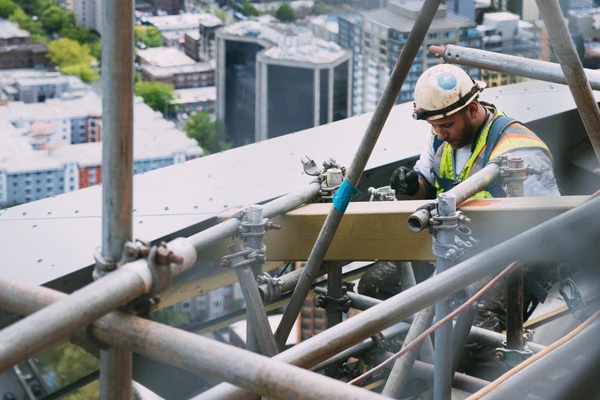 The anonymous builder had been working on Steph Heathcote’s patio when her 6-year-old son, Harry, came in to provide some help. A teacher by profession then receives a heartwarming note from her builder as a reward for Harry’s unexpected handout. She has shared the picture on Twitter with the caption: “We have just had our patio done and my 6yo has loved going out and helping the builder, so it made his day to receive this. What an example of kindness.”

The note with the title ‘Pay Packet’ was in return for Harry’s job which included several tasks ranging from passing bricks and “loading stone” to taking pictures of birds and spiders. His duty had made him earn £10, after removing the taxes and health insurance. Besides, the note read: “Harry. For passing bricks. Passing little pavers. Pointing brick work. Mixing cement. Loading stone. Taking pictures of black birds and spider. Saying why more times than I have ever heard anyone say why. And being a smashing little guy. Minus tax and national insurance – £10.”

Till now, the post has received more than 200,000 likes and thousands of comments and retweets. Like the builder, people also came forward to share their thoughts. The incident sheds light on how assigning a specific responsibility helps the child to proliferate their creativity and be able to cooperate while working in a team. Be it a small one like arranging the room or taking up a bigger task like managing something, it motivates them to look for the things around them and perceive their importance.

However, not all the people on Twitter were happy with the post. A user @panlidsid, who’s also a builder, said that the construction sites aren’t a safe place for kids. He added that he had already seen instances where customers left their kids to move freely near the site. On the other hand, there were comments from people who saw it the other way.

A person wrote: “A really nice gesture. I bet Harry loved the experience.” The second person also appreciated how the builder’s making a little kid’s day. Above all, the post was also seen by the television presenter, Andi Peters, who also praised Harry as well as the builder for their respective bright gestures. While we all are facing a hard time in the real world, a simple note like this can make someone’s day special.