Pulling a prank on friends is a fun way to have a good laugh. But this couple was left embarrassed on their first date after their friends pulled a hilarious prank on them. 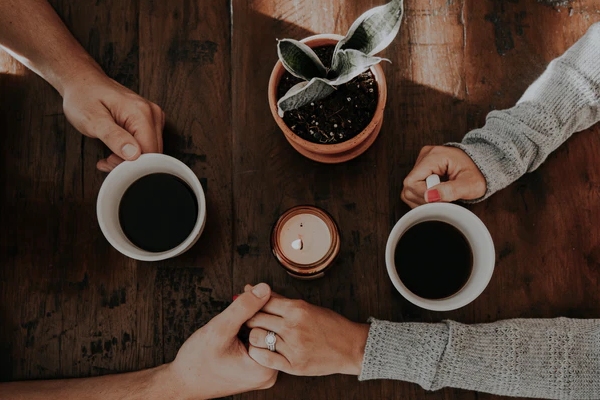 Bartender Neil Harkin took 31-year Jean McAuley on a date to a restaurant in Northern Ireland where both of them were enjoying each other’s warm company when all of a sudden their love life was barged into the public eye.

Restaurant owner Liam Sheils was friends with bartender Neil, so he decided to prank his friend by making the couple sit in the middle of the room. He asked 13 other friends to join as the prank started to unfold.

Liam sent a bottle of Prosecco with a huge sparkler to the couple’s table, making it look like they just got engaged or were celebrating something huge. The couple was seen jiggling in embarrassment as all the eyes in the restaurants were set on their table.

Even though it was just their first date but the extravagant delivery of the bottle made it looked like they were celebrating something enormous like the news of the baby. In the words of Neil, “There was nothing I could do. I just wanted the ground to open up and swallow me.”

At first, the couple thought it was for a customer to wish him a happy birthday but in a blink of an eye, they saw a bottle of Prosecco on their table with a sparkler on it. Liam who planned the prank said, “It was priceless-unbelievable. The whole place was clapping and cheering.”

Neil had texted Liam to book a table in the restaurant. Liam intentionally arranged the middle table for them. When the couple was just finishing dinner, the staff got a bottle of Prosecco with a sparkler on top of it, and ‘Congratulations’ music playing around the speakers.

Once Liam was done and dusted with the prank, he joined the couple for a drink. To everyone’s surprise, Jean agreed to see Neil again despite how humiliated she was. Liam said, “The two of them took it so well. The craic was great. The girl he was out with grabbed a glass and poured herself a drink.”

Neil had known Jean since primary school but it was his first-ever date with her and he had no idea that the night would turn out to be embarrassing for both of them.

“The fella who walked out with the bottle used to play football with me- Gary, he is the waiter. He was in on the prank as well,” said Neil.

The couple has another date planned out but this time Neil is not going to take her to Liam’s restaurant.

Ever since the prank has been posted on social media platforms, it has been viewed more than 60,000 times and is flooded with thousands of comments.