People get up in the morning, and push themselves to go to work because they have needs that are to be fulfilled. And it gets utterly disappointing if one is not being paid well for the work they are doing. Like this delivery driver, who wasn’t tipped by the customer and was instead offered a slice of pizza. 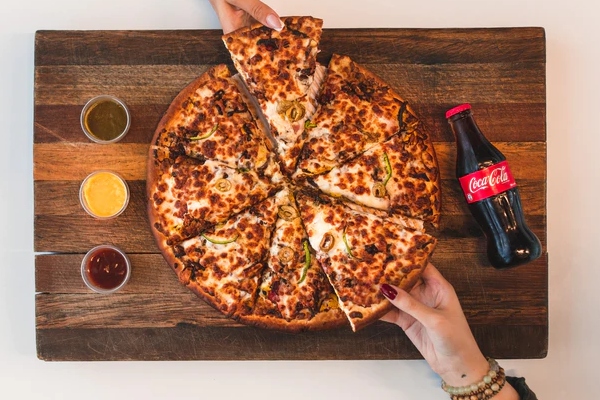 Monetary support plays a big role in an individual’s life. Practically, one has to have money in their pockets to afford anything. And money does not have any other substitute. A delivery driver received an order to be delivered to a particular address. When he reached the address, he found a note. The note read, “No money for a tip, please take a slice of pizza”. He was left dismayed as soon as he read the note. Unfortunately, he didn’t know what else to do, so he ate the slice of the pizza.

Though, out of helplessness, he did eat the slice but ideally, he didn’t want it. And the condition to eat was clearly inflicted on him. The video where he can be seen, eating the slice was uploaded on one of the social media sites. A lot of people, gave their opinion about how they believed that the customer who ordered the food was extremely wrong on his part because he should have had tipped the driver. And if he didn’t have money to do so then he shouldn’t have ordered the food in the first place.

Delivery drivers most of the time are already offered free food from the company they work for, and the companies don’t even pay them enough believing that they would earn through tips. A person commented that people should know that not paying the delivery drivers could never be acceptable. They further wrote that people who don’t pay tips are oblivious to the fact that so many jobs in the US depend upon just tips. Someone else commented that if they can’t afford the tips then they should realize that they can’t afford the food either.

Contradicting to the above-mentioned comments, an individual commented saying, that tips aren’t necessary and it depends upon the will of the customer that whether he wants to pay the delivery driver or not. However, there was no confirmation about whether the restaurant paid him, or he was solely dependent on tips. Delivery drivers serve the customer’s purpose and render them with their desired food. Tipping them would be the least a customer could do.

People should be a bit more considerate towards others, especially deeming the current scenario in the world. The world has been battling a global pandemic for more than a year and a half, there are so many people out there who have been laid off owing to the same, and the rest are just making the ends meet. And in such times if people would not pay others for their job, then it would be difficult for people to survive let alone enjoying a luxurious life.

Mortified Mother Has Sleepless Nights Over Her Daughter’s Name