A dad of a four year old girl had to face a sheepish moment when he saw his girl’s school project. In the project the little girl had written a brutal description about him. The four year girl wrote very funny yet true answers to the simple questions asked about her father like his job etc. The post went viral when it was shared online. 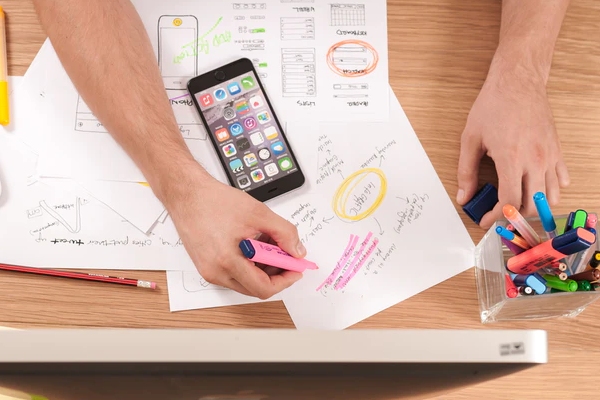 Kids are certainly the most mischievous creatures. Kids accidentally blurt out the wrong things and secrets of house and the parents are left red-faced. The intentions of kids are certainly pure but it often leads to embarrassment of parents. A similar incident happened with a dad of a four year old daughter. He was left in stitches after seeing the project work of his daughter and the brutally honest descriptions about him in the project.

Nora, a four year old girl, was given a task in her school of completing a profile about his father. When Nora returned from school and showed the project to his dad, Zach, he was left in hysterics. Nora clearly did not know the right answers but the answers were harshly honest facts that left anyone reading them to crack up. Nora’s perception of his father was certainly very funny that even Zach could not stop himself from posting it online.

Zach shared the incident and a copy of her daughter’s project on Tiktok and it went viral very quickly. He explained in the post that his daughter’s preschool had a project assigned to the kids where they had to answer questions about their dads. Nora had the funniest answers. In the project it was asked “What does your dad do for work?” She had the wittiest answer ‘I don’t know but he eats.” Another question asked in the profile project was “What does your dad like to do?” To this Nora answered “He likes to eat dinner.”

Nora’s project was filled with more of such answers. To a question asked about her dad’s age Nora wrote he was 6 years old. The funniest thing to ponder upon is she thought of her dad just 2 years elder to her. Nora also had some cute answers. In the questionnaire it was asked “What makes your dad happy?” To this she had very adorable answers that love makes him happy and also that his favorite color is purple. To what is her dad good at she wrote he is really good at soccer. Nora was certainly very honest in answering the questions.

The post shared online had more than 140,000 views. People were racked as well as cracked up in laughter on seeing the video of project. A lot of Parents shared their funny experiences. A person joked that Zach is so accomplished even at 6 years. A viewer mother commented on how her son made her a Mother’s day card and wrote that her mother’s favorite thing to do is sleeping.

Another mom joked that her son told her that she was a good Super Mario Kart and she actually felt proud of it. Another viewer commented that Zach’s post is brutal yet cute. One person pointed out that Zach has his priorities set of eating and playing with her daughter.