Being excluded from a group always seems wearing, but what if the plausible cause behind it is your very perspective? This is what we, sometimes, see in children as well. Recently, a dad taught his daughter she might be the reason why nobody wants to be friends with her. However, he still wonders if he did the right thing. 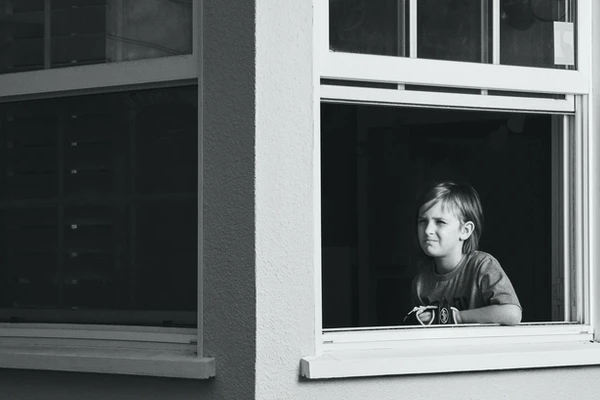 He posted on Reddit’s AITA, asking if he’s in the wrong. He says that his daughter is always rude to her friends, and her two friends (siblings) always back off due to her denigrating behavior. Surprisingly, this behavior is surely not acquired from any of her parents, because they are both introverted and kind to each other.

Albeit having only two friends, she always ends up in a heated argument. If they’re not interested in playing, this dad’s daughter will hurt their feelings by besmirching them. The worst part is that the father has to reach up to the kids’ parents to apologize, whereas his daughter even forgets what she had said. This incessant behavior didn’t end up the following days; the dad finally decided to put a threshold.

The fight happened again with his daughter hurling insults at the kids. However, this one had crossed all the boundaries, to an extent where her pals decided to end their friendship. The daughter was left lamenting in tears and told her dad that she didn’t know why they stopped talking to her. Obviously, her dad could quickly wonder why it happened. He also went to their parents and got to know what his daughter had said to them. He says: “I apologized, and I haven’t heard from them since.”

AITA for essentially telling my kid that she is the sole reason why she has no friends? from AmItheAsshole

On the flip side, there’s no change in the scenario as his daughter still feels, being a victim. So, due to her egregious behavior, the dad finally apprised: “so I informed her that the reason she has no friends is because she cannot control her irrational behavior when someone does something she doesn’t like. That she needs to think before she gets mad and starts hurling insults at people she should care about.” The daughter was broken up after the interaction. The wife was also angry with him for delivering such sharp words.

But it was time for the kid to realize what she had been doing for a while. And this could only be done if her dad relinquishes helping her for the cause. Meanwhile, she also has her counseling sessions, and her therapist thinks she’s completely fine. “He said it’s just ‘normal female hormones,'” the dad says. People recommended him to seek another therapist as the current one seems to be a sexist, expounding his personal opinion instead of focusing on the scientific facts.

Also, some people thought that the dad is equally worthy of being blamed. A person explained it seems like he’s been sitting on the back seat when his daughter needs a handout for her behavioral issues. She would require active parenting to come up with better techniques. Some also advised to keep an eye on her playdates. Meditation and exercise can also help her in the long run.

The dad adds: “It’s tough because I want her to have friends, but it’s not my job to maintain her friendships for her.”