The Reddit world came across an odd delivery instruction for a postal worker. The image showed a typing error that managed to tickle bones all around. The worker got stunned to find the instruction that asked them to ring the doorbell after “pooping” on the porch. To everyone’s delight, the delivery was successful with a simple ring of the doorbell. 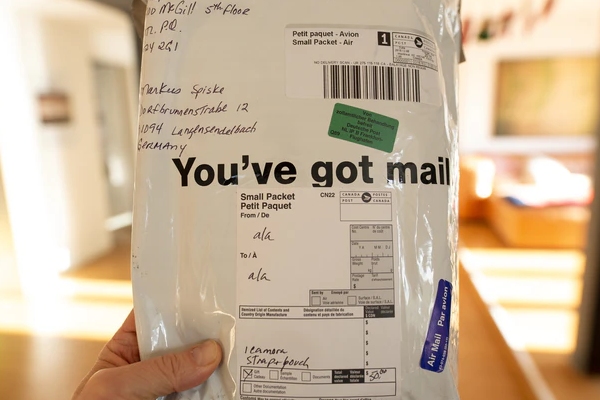 Online shopping has offered one some relieving moments with deliveries reaching their place without any hassle. Not just that, the option of dictating the nature of delivery has pushed up that delight. And, the postal workers leave no stone unturned in serving their best and delivering with success. However, a postal worker had to have a hard time with a delivery instruction that came with a hilarious typing error.

The postal worker had delivered many times with the delivery instructions ruling their mind. But one day, they came across an odd one. It gave them a hard time. The instruction read, “There is a deliver to safeplace request for this item. Attempt delivery to customer first. If they are not in leave this item in their nominated place: Enclosed porch. Additional information: Please ring bell after pooping in porch. Thank you. “

Using their sense, they managed to figure out the hilarious typing error of “pooping”.

To their relief, they delivered the package successfully with the ring of the doorbell only. Catching the funny thread in the instruction, the worker decided to share it on the Reddit platform. They posted its image and captioned it: “As a postie I’ll go above and beyond for you, but this, this is new.”

Soon, the Reddit post churned the waves of comments around. The social media users came up to make the best and give some shrieks of laughter. Taking on that part, one of them commented, “I’m not sure that’s the special delivery they were expecting.” Adding to that line, another user turned up to write, “New meaning to ‘postman pat’.” Not just that, one person also went ahead to highlight their oath to serve and commented, “That’s an odd request but you took an oath to serve…”

Well, the worker is not alone in overcoming the obstacles and win hearts with their successful delivery. The social media world has seen many stories having the delivery workers going beyond the limits to live well to the expectations of their clients. One of them is an Amazon delivery driver that surfaced on the TikTok platform. The driver had received a note that asked him to hide the package from the reach of children.

Taking his work seriously, he had gone ahead to place it safely between the light and a structure on the porch roof. Thus, he left no chance for kids to reach the parcel. His act posted under his handle ‘@theejettjr’ earned him accolades across the globe. It managed to rake up more than 8.3 million views on TikTok. The social media souls came up to applaud him in the best possible way.

Not just that, he also said, “I’m just going to assume that you’re children are very, very small and that they would be too short to look up and see the package. So I hid it up top for you by your light, next to your door. I hope this helps.”

Thus, delivery workers are not leaving anything behind to satiate their clients with bliss. Hopefully, the buyer would have got their parcel without any hassle.