Working in the health sector implies that the doctor needs to know the patient beforehand. A doctor was grateful to his technician as the technician left a note for him regarding the patients before he went to check them. 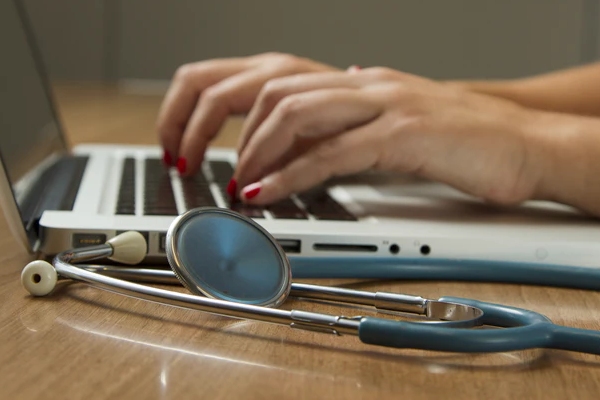 Often occupied in the head, doctors are unable to gain that much personal knowledge regarding the patients, but fortunately Dr. Glaucomflecken an Ophthalmologist was lucky enough to have a technician who warned him about the patients beforehand.

Due to the warning note left by the technician, the doctor was able to save himself from a huge inaccuracy. The technician also mentioned in the note that he deserved a raise for the kind gesture. The appointment with the patient would have gone haywire if the technician wouldn’t have left the note.

The picture of the note left by the technician was uploaded by the doctor on Twitter and surprisingly the post went viral.

The note read, “She’s his wife, not his daughter.” The technician also highlighted boldly the word ‘wife.’ He also mentioned humorously that he deserves a raise for the little things like leaving the note regarding the patients before the doctor meets them.

The doctor also mentioned in his post, “My technician leaves me notes about things I should know before I enter a patient’s room.”

My technician leaves me notes about things I should know before I enter a patient’s room. I think my technician needs a raise. pic.twitter.com/jSYzPABIRA

The doctor was so overwhelmed after knowing the fact that his technician considered doing the small things for him that he thought of giving him a raise.

To the surprise of the doctor, the post shared by him fetched over 341,000 likes. Not only the likes but the post was also retweeted 16,000 times. This made the doctor think twice about what a hardworking technician he had and how much he was grateful for his little efforts.

People also responded to the post with their views. A person commented that the doctor shouldn’t make the mistake of not having emotions regarding the note.

The users also started sharing their experiences. A person shared that once she went to a clinic with her 50 plus years’ uncle and the nurse thought that he was her sugar daddy.

Another shared that people used to assume that her husband was her dad as he was 17 years older than her. They used to have fun looking at the people who judged them and gave them looks.

The little things are the ones that count in the end. The kind yet humorous gesture by the technician made the doctor appreciate his work and give him a raise.