A woman named Rebekka managed to churn laughter waves after sharing her sister’s hilarious night-out blunder with the social media world. Her sister was out for a vibrant night out and poured down too many drinks. She got home by having a lift from her friend’s mother. The next morning she found the car’s logbook instead of her clutch bag. 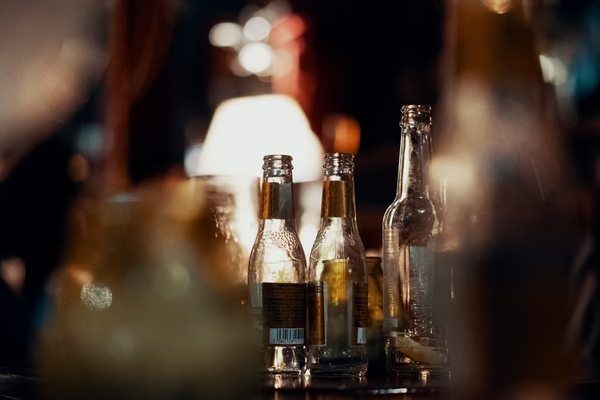 Night outs can leave souls out of their mind and control. Too many drinks on the board make the recipe for blunders on the way. But sometimes, they also pitch in for hilarious moments for one to cherish throughout one’s life. And the social media world is always up to serve on that note. A woman named Rebekka added to the stream of laughter by sharing her sister’s after night-out blunder. The recipients could not rein in themselves from giving out some big laughter shots.

Rebekka’s sister was up for a fancy night out. She made the best of it and had too many drinks. Taking note of her condition, her friend’s mother gave her a lift to her house. She reached her home comfortably and would have cherished a good sleep. But a blunder was waiting for her realization. The next morning, she started searching for a clutch bag after gaining her control back. She looked for it around the house but in vain. Then she saw a car logbook. Finally, it struck her that she had picked up the car’s logbook instead of her clutch bag last night.

Cherishing the laughter bits embedded in the incident, Rebekka decided to put it on for the social media world. She shared the picture of the grey leather Nissan pouch on Twitter and wrote, “My sister got so drunk last night, she got a lift home with a friends mum and she thought she picked up her clutch bag but instead she’s taken the car logbook.”

To her delight, the post cracked up the thrill-o-meter on the social media platforms. It managed to garner more than 52,000 likes and 2,000 retweets. Not just that, it also reached the Instagram space and won 177,000 likes. People were thrilled to come across it and reminisce their night out blunders. Taking on that part, many users turned up to comment and share their stories.

My sister got so drunk last night, she got a lift home with a friends mum & she thought she picked up her clutch bag but instead she’s taken the car logbook. 😂 pic.twitter.com/U2pZB8GtUu

One of them commented, “That’s brilliant! My sister once took home a hanging basket and left her bag outside the pub.” Extending that line of humor, another person said, “Made me laugh uncontrollably! She’s a legend.” The third soul added, “This is undoubtedly one of the funniest things I’ve seen.”

Opening the treasure of night out stories, one of them said, “This reminds me of the time I was so drunk, I dropped my wallet in a kebab shop and picked up a piece of donna meat in its place. I only notice when trying to pay for the taxi and the driver was unimpressed. Ended up having to give him the keys to my car as payment.”

Another person turned up to add, “My friend was so off her face on God knows what, she went home and realized she’d lost her handbag. She went all the way back for the security guard to tell her it was over her shoulder.”

The car logbook was not empty but contained important documents of the car. The woman thus had an embarrassing situation with it replacing her clutch bag. Hopefully, she would have made her happy way out of it. The night out blunder is thus going to stay around to keep her on alert mode during her drinks.