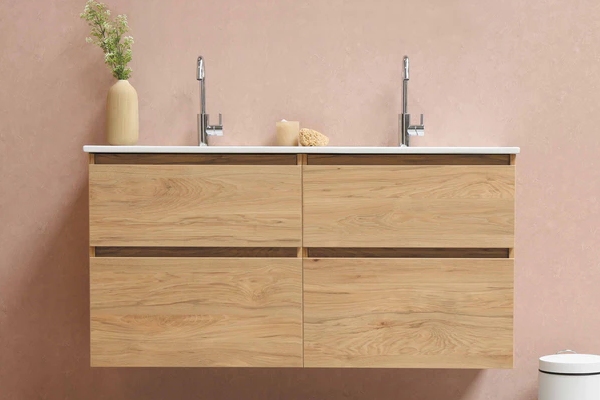 The hole had been filled up by a lot of different things over time and the family was surprised by what they had discovered. It included things from the time when the family had first moved into the house.

The story was shared by a person named Kludge77 on Imgur whose real name was Peter Brown. He posted that the hole was at the residence of his in-laws and that his wife had told him about it. The hole was located behind the cabinet which had a hole behind it. They realized that for years, products had been falling out of the cabinet and into the hole.

Over the last 40 years they had lost a lot of items to the hole which were finally discovered now. The most interesting find was a bottle of lotion that dates back to the 1980s’. Other products to be found were nail polish remover, caffeine pills, antiseptic spray and plasters. The post had gone viral getting more than 127000 views, many comments and upvotes.

He posted it online because he thought that his followers would find it interesting as it was unique and odd. He explained that his father in-law had had lost something during the lockdown which led him to further check things out. He decided to cut open a bigger hole to check what’s inside. What he did not anticipate was how much stuff he would find in it. People really loved the pictures online with many becoming nostalgic over them.

People compared it to a time capsule with one commenting “Oh my gosh…I remember some of those bottles. I’d forgotten all about the but wow. An unexpected bout of nostalgia.” Another user wrote “I haven’t smelled Brut for over 20 years …but I can still smell it.” While another user added “OMG those bottles catapult me right back to my childhood. Hadn’t seen that Jergens bottle in years.”

It’s interesting how unpredictable life can be and how sometimes things take you back in time. It is a pleasant surprise for this family to discover what can only be called a ‘treasure’. The family will look back at this incident and laugh how a lockdown led them to discover such old things. The incident would have certainly brought the family together and given them memories they can cherish forever. It goes on to tell us how unpredictable life can be.

Woman Unintentionally Shares A Funny Wi-Fi Name With her Boss

Funny Yamini
Social media freak, Jess who had apparently been facing some internet issues in her area, tried to prove her negligence towards work to her...

Intriguing Yamini
Everyone has got into new hobbies during the pandemic. Some of them had recreated theme park rides in their home and some engrossed the...

Funny Yamini
Small sweet gestures can go a long way in making one’s day. They let one bask in bliss and satiation. Not just that, they...

Funny Yamini
The world is full of callous souls who do not spare a moment to extract their pound of flesh. These money-minded people support no...

Funny Yamini
A man named Deric Cahill lived in the US. He had recently rented a car from a car rental enterprise. The entire process of...