Homeowners stumbling upon hidden treasures while remodeling is some of the most interesting stories. And recently homeowners came to cross a giant monopoly board under their carpet. 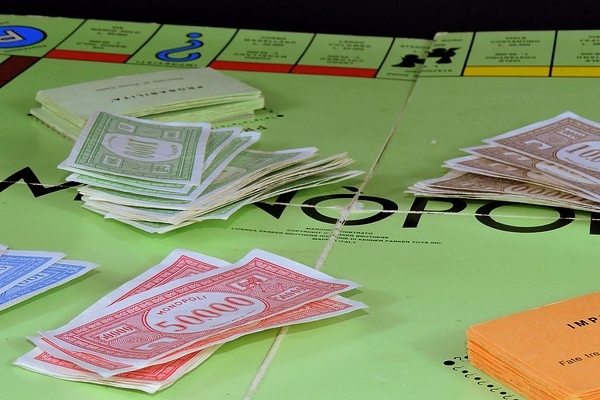 The painted monopoly is made with accuracy to the layout of the original Parker Brothers (now Hasbro) game. Well, it seems as if the original homeowners were huge fans of board games and monopoly in particular. But according to Nrith, another Redditor in mid-century America, this was actually a bit of a fad.

In the comment, the Redditor wrote: “Showed this to my wife. She reminded me that there’s a whole neighborhood near us, built in the mid-50s. One that has game boards painted or tiled onto their basement floors. Seems to have been a selling point or something.”

The person who shared the pictures of the hand-painted monopoly board game is now trying his best to make his in-laws keep the painting. He wrote: “trying to convince them to cover it in epoxy and do the rest of the flooring around it how they originally wanted.”

There were some other hilarious comments as well such as “Wonder how big the houses and hotels were?” But most of them were requesting the in-laws to keep the giant hand-painted monopoly board game in their basement.

The basement monopoly is indeed something and one would not be able to find something like this now. Imagine having all the family and friends and playing a game of monopoly on the giant hand-painted monopoly board. That too painted with accuracy to the layout of the original Parker Brothers game.