Having a pet is a matter of countless duties. Parents generally disagree with their kids when it comes to having a pet. However, in a heartening incident, a Canadian girl created a powerpoint presentation with various valid facts to persuade her parents to buy her a cat. The girl’s father, Christopher Doyle shared the powerpoint presentation on his twitter handle. This PPT was indeed an adorable one. 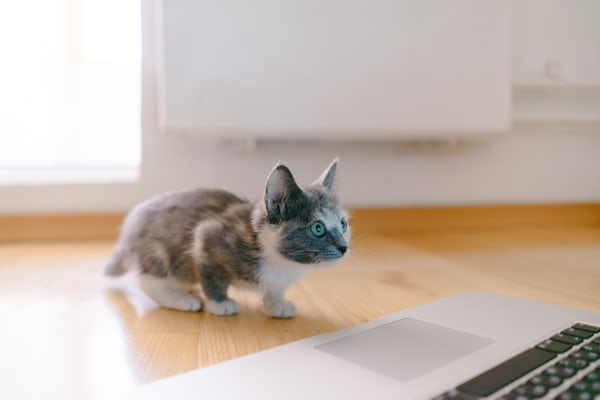 This powerpoint presentation had logical and reasonable points. The first slide had six pros of having a cat, which included the fact that having a cat as your pet lowers stress and tension. The girl also mentioned that one does not have to take cats out for a walk every day. She assured her parents that she would clean the cat and the litter box. The power point presentation even had a picture of a cute blue-eyed kitten in the last slide. She also confessed that she knew all her duties and had researched for the past five years to make this power point presentation.

In contrast, the girl told how her parents promised her to get a hamster five years ago, but that never really happened. Therefore, getting her a cat had become even more necessary. She emphasized her points as she mentioned how cute cats are. The father was stunned by the girl’s efforts. But unfortunately, the girl’s mother was allergic to cats, so the father still hesitated to get a cat. Luckily, many users told that there are hypoallergenic cats. These breeds of cats do not shed.

The tweet went viral and the comment section was flooded with numerous comments. The netizens were supportive of Doyle’s daughter and insisted him to buy the young girl a cat. A user suggested the father to buy his daughter a black cat as these cats are considered unlucky and are adopted at last. The user also wrote that, by adopting a black cat the little girl will be able to explain her classmates how black cats are not unlucky.

Our daughter made a PowerPoint. 🐱 😂 pic.twitter.com/yCOG7QHXmX

Another twitter user commented how she bought a cat during this pandemic of Covid-19, her kitten was also hypoallergenic. Even she affirmed Doyle to get his daughter a hypoallergenic cat. Few other people wrote that pets are a new vacation during this time.

Later, the father shared a screen shot of her daughter’s text where she expressed how happy she was by the twitter users being on her side. The girl further stressed upon her point as she gained the internet fame. Wish that the girl welcomes a furry cat in her family soon.