A newly-wed man has disclosed how his family had deliberately destroyed his wedding. In an anonymous post on Reddit, the man explained that he recently got married. For the marriage, the man and his to-be-wife decided that they didn’t want any children to be a part of their celebration. Therefore, they let everyone know ahead of the big day. Nobody had any problem with it, except for his family. 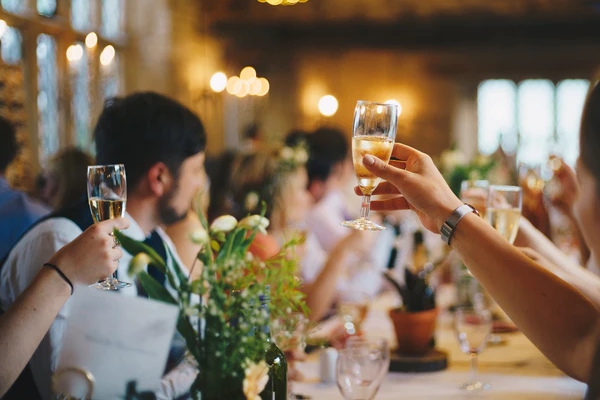 The man said he had three sisters who all have children ranging from two to ten years old. His mother argued that the decision of their “child-free” marriage was ridiculous. She gave two reasons for that; the first one was that something like this has never happened in their family and the second was that his sisters lived two towns away so the kids could not be left alone.

But after a lot of debate, they finally gave thumbs up for not bringing the kids. But to his surprise, he saw his two sisters arriving with their kids. He straight away went to ask what the matter was. His sisters started arguing with him when he didn’t allow them to come in with their kids. This became so serious that he had to get the security involved to make them leave.

Later that night he told that he got very unkind messaged from them and his cousins even posted on social media about his awful wedding. After some days, he called up everyone to meet at his place so that he could try and explain what he felt they did wrong.

He asked that had he been partial and allowed his sisters with their kids, what message it would have sent to his in-laws and friends who wanted to bring their kids but couldn’t? But it came to light that his mother had told his sister to disobey the rule and said that she would deal with him later.

They told him that he made a mess of his wedding by being unreasonable and that the family would always remember the wedding as a disaster. His mother also advised him that the only way to mend the damage that had been caused was to have another wedding/party where children would be welcomed something he refused to do.

They even blamed his wife and claimed it was intentional. They started to convince his wife by saying that they didn’t approve of the way how their wedding turned out and that they were giving them the opportunity to fix the whole situation otherwise the relationship was damaged.

All this drama caused him a headache. He was rigid and said that he didn’t think what he did was wrong in any way. He just wanted them to have some respect for his wife and her family.

He asked the people on social media whether his decision of kicking out his sisters was wrong, but the majority of the people were in agreement that his family was inconsiderate for ignoring his wishes-especially his mother.