A woman named Katie Poole made the social media savvies give out shrieks of laughter with her bizarre McDonald’s order. The Toronto-based mother was out with her husband for drinks. After guzzling down her favorite boozes, she decided to land at McDonald’s for their hamburger to lower down her hangover. But she ended up placing an order for ketchup sachets. 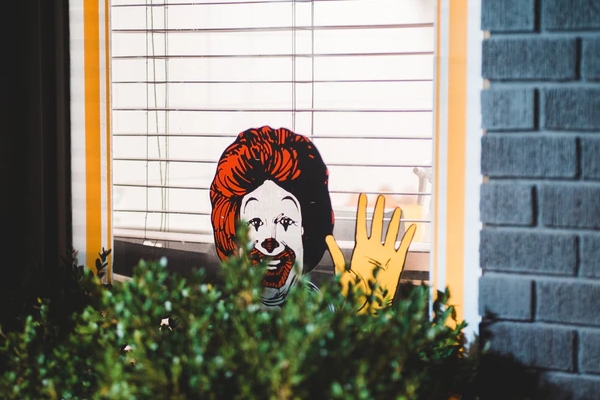 Bizarre hover over life in various forms. A little slip of mind and tongue push the worldly souls in the pool of surreal situations and moments. The social media platform has evolved over the years to stimulate and disseminate nerve-racking moments across the globe. A woman named Katie Poole made an addition to the list with her eccentric order at McDonald’s in Canada.

Katie was out with her husband- Jody to relish some boozing moments. The couple was patching their time together. Going ahead with the flow, they ended up pouring down too many drinks to retain their wits. Finally, Katie realized that they had guzzled down enough to breach the limits. To ebb the hangover blues, she suggested going for a hamburger at McDonald’s. Grabbing the suggestion, they headed for the McDonald’s outlet to beat a retreat to their usual selves.

After reaching there, Jody left the ordering part to his wife. The Toronto-based mother took up the baton and soared ahead to place an order for their hamburgers. But she chose to specific about the order. She started pulling out the hamburger’s ingredients like patties, buns, etc. In the end, only tomato ketchup sachets made way on the order list.

Jody got stunned when the eating behemoth served them two tomato ketchup sachets. However, they had to pay the entire bill of their hamburger order. Realizing the bizarre in which his wife had landed them up, he decided to share the bone-tickling incident with the social-media world.

He took to the Instagram platform and shed light on their McDonald’s date. Not just that, he testified his words by sharing the picture of the bill giving a detailed account of their order. Taking on that part, he shared, “So we had a few drinks last night – Katie decides a McDonald’s hamburger will cure her hangover. Now Katie is the type of person who will make modifications to a classic – ‘no pickles, no onions’ etc. So this is what she ordered ‘no pickles, no onions, no mustard, no bun, no patty’. They literally sent us 2 ketchup packets!!!! Hahahahaha”. 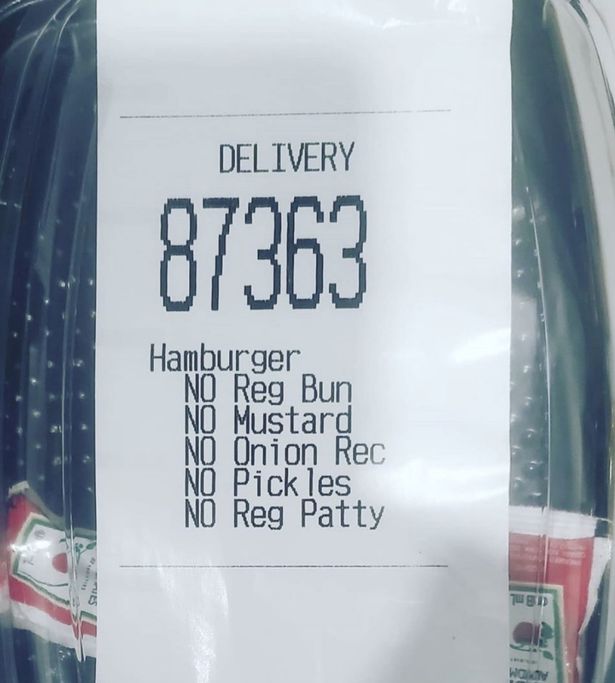 As expected, his story rang in the corners around the world. The social-media savvies grabbed the laughter waves in the best possible. Soon, the platform got in spate with the likes and comments across the globe. One of the commentators said, “This is my favourite thing ever. I am still laughing. Omg”.

Another came up to churn the lively waves by commenting, “This branch of the family is dying from laughter”. Adding to that, third said, “I’ve heard of ‘having it your way’ but you at least have to have it”.

Not just that, Katie also stepped in to add shine to the post by commenting, “#Whoops”. She also admitted to the fact that she had paid full price for the tomato ketchup sachet.

Thus, there was no end in sight for the laughter bubbles oozing out from the Instagram post for them.

Hopefully, Katie would keep her wits awake under boozing effect on her next McDonald’s visit.