In the past few months, while staying at home, we all have compromised our fitness. Many of us have gained a few pounds here or there. As soon as the situation gets better, people are ready to work that fat out. A wife posted her story on gaining and losing weight on Reddit. The user's husband suggested her to lose some weight. 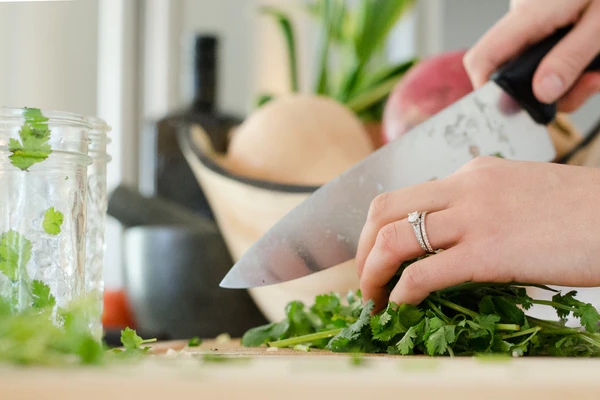 After she started to alter her and her husband’s diet, she got to see some results, and she decided to continue with the diet. In her post, OP mentioned that recently she has been stressed eating, and this resulted in her gaining weight. As OP was the one to do most of the cooking and grocery shopping, she decided to make some healthy swaps in their diet.

She further added that except cooking stir fry rice, she would make rice and add cauliflower to it. While making mashed potatoes, she swapped potatoes half portion with cauliflower. She even played around with the dairy products to get even better results. OP swapped yogurt with Greek yogurt. Basically, she changed everything for which she could find a healthier replacement.

After this many changes, the husband didn’t seem to notice the change in her cooking or it didn’t seem to bother him. Further, OP mentioned that the other day, her husband walked in on her while she was preparing for the stir fry. He saw OP grating the cauliflower.

OP added that he asked her for what she is grating the cauliflower. She told him that she is been using to swap some of the rice. The husband didn’t seem to take this information well and lashed out at the OP. As she told more about the swaps husband reacted as she was poisoning him and took these changes as this epic betrayal of unparalleled proportions.

Even after he lashed out at the OP, she suggested that if it bothered him so much she would set aside food without any swaps. To even this husband didn’t seem to agree. He pointed out OP is making a mistake even to begin with. OP tried her best to get him on board with a healthy diet.

In the end, OP mentioned that she got annoyed and told her husband to make his own food if he has so many problems with her way of cooking. OP added that he was acting like a big baby. After she told him off, he started sulking around the house. He kept crying about how hungry he is, and this made OP more furious. OP took this incident over to Reddit to find out if she was in the wrong here.

To her post users commented in support of her. One user said that it was her husband who gave the suggestion to start losing some weight. The user added that the husband was on board till he didn’t know the ingredients.

Another mentioned that the husband doesn’t help you around enough to know what you are cooking with. One user appreciated her for not giving in the tantrum her husband was putting up.

In the end, she got to know that she did the right thing. Her better half was the one at fault from the beginning.