A husband has serious consternation after he tried helping his wife in cleaning her makeup brushes and all he could think of as the solution was a dishwasher. It’s not surprising that the final result would be so intriguing that he’d have to come up with a nice pretense to save himself. 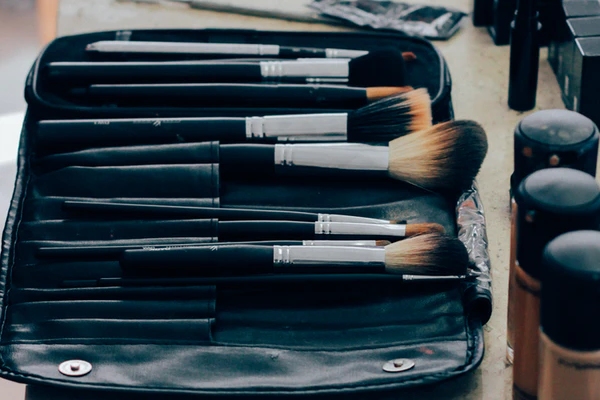 A man finds it hard to even discern the names of several makeup brushes and indeed, there’s almost a vast medley of them that would take years to be identified correctly. Above all, they’re so delicate that they’d get worn out quickly if you don’t take good care of them. Adding more to your concern is the cost of the entire set because they are so costly. Women do get angry even at their kids when they get a hold of their expensive belongings.

However, kids can sometimes be forgiven, but there’s no possible way for a grown man to escape from his blunder without running for his life. This is what Kevin, a TikTok user had to go through after he decided to clean his wife’s makeup brushes on his own. Initially, she had been telling about cleaning her brushes and when she headed out for work, her husband thought of a great surprise for her. So, his idea was to put all of them in the dishwasher for cleaning. What seemed to be a surprise for the wife became a nightmare for Kevin himself in just a matter of few minutes.

But, before considering it as a pejorative act, we might as well go through what Kevin wondered at the moment he did it. Dishwashers sometimes leave a little grime on the plate, which needs further cleaning in the sink. So, he concluded that it won’t be harsh for the brushes. He shared the entire video filling up the utensils basket with the brushes and the disaster transpired just after 20 minutes.

Their condition was so worse that bristles got removed from the brushes while some of them had lost their heads completely. Obviously, the worst trepidation here was about Kevin’s health once his wife gets to know about the havoc. People were also curious to know what happened next, so Kevin had to share a follow-up video too. While everything seemed to be fine, some people noticed the bruise mark under his eye, though he had cleared the confusion saying that this wasn’t the result of an attack or something.

For some, it also came up like a blow because both Kevin and his wife are professional makeup artists. So, he must have known the repercussions before committing this crime. Kevin, then informed that he had reckoned what was going to happen, but since he was also busy handling his 2-year-old, he couldn’t think much of it. Soon after the destruction began, he realized that it was too late. He also asked if offering his wife a $500 gift card to Sephora would mend everything, but since the brushes, he destroyed cost a lot more than the gift card, it won’t fix the situation.

Finally, Kevin appeared after the whole incident and apprised that he’s still alive and even his married life hasn’t been affected much.