After getting affianced to the men of their dreams, twin sisters Sonia Dixon and Adrienne Campbell found themselves planning their marriages at the same time. But soon they thought it would be more sensible to just have a mutual celebration. Their attachment and the strong connection were pretty much evident when the two couples flew off on a joint honeymoon. 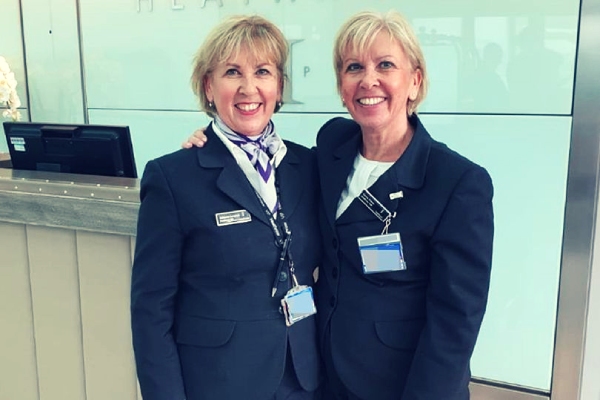 The 62-years-old sisters, who now have children of their own, also did a job in a VIP airport lounge and loved seeing people’s confused reactions-including a former Prime Minister. But after separating their ways from their husbands, Sonia and Ade have come up with the decision to move to the same housing estate in Crowthorne, Berkshire so they could spend even more time together.

Sonia said that it just seemed natural to have their wedding together. The wedding was a costly affair and they thought it was more feasible. It was probably better for their families too as they only had to be a part of one event. They just had the one gathering. She told that first she stood up with her partner and recited the vows, and then Ade did the same.

They both were now divorced and worked at the airport together. Sonia was the mother to aircraft dispatcher Chelsey, 32, and Kerri, 29, a barber. She was the first to shift to the L&G Homes development in May 2019, followed by Ade. Ade had a son, Scott, who was 28 years old and worked in airfield operations in August 2020.

Sonia further told that they were close friends since childhood. They even shared a room up until they were about nine or ten. It was around that time that their family moved from Aberdeen to Burnley.

When she was 17, she got herself admitted to the military and Ade followed her 18 months later. They weren’t posted together, so it was their first time being without each other. She was in Northern Ireland and Ade was in Germany.

The two sisters got married to their respective partners in a double wedding at Bracknell Register Office in September 1982, before jetting off on a joint honeymoon to Miami, Florida, USA.

Sonia got employed as a member of staff at Heathrow Airport in 1980 and five years later, Ade joined. Sonia said a lot of time they do continuous shifts, so they would see each other during the shift changes, but mostly they got a lot of chances to work together.

Many travelers thought that they were the same person which was pretty funny. A former prime minister used to fly through a lot and they served him for years before he figured out that they were twins. Sonia also told that when the strangers on the street waved at her, she often waved back because they were probably someone who knew Ade. Six months ago, the duo took another step to be closer to each other when Ade moved into Sonia’s housing development. She lived five minutes’ walk away from her sister.

Sonia and Ade’s father, Henry Taylor, was also an identical twin and, with both brothers then fathering sets of twins, it is a family trait.