A man has changed his name to Celina Dion. Initially his name was Thomas Dodd. He did this after drinking a lot of champagne. He has no plans to change it back. But his parents did not share the same interest. He is seen as a huge fan of the Canadian singer. 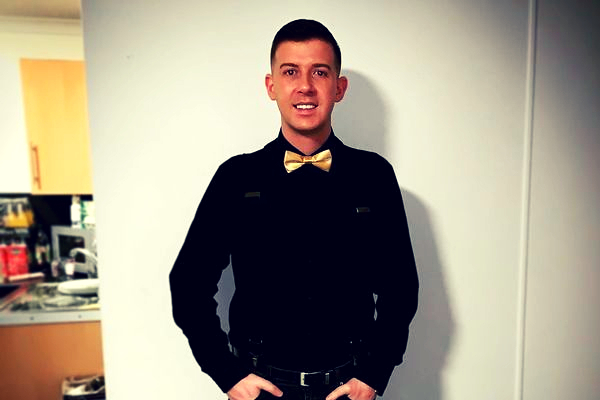 A lot of drunk people do weird things. Some spill out some lifelong secrets. Others start to tell unspeakable things. But Thomas Dodd did something unusual. He told Birmingham Live: “I am slightly obsessed with her; I’m not going to lie. “During lockdown I’ve been watching a lot of live concerts on the TV. I can only think I’ve been watching one of hers and had a ‘great idea’ after a few drinks.

He learnt about his doing after many days. He had received eight copies of a deed poll. Thomas had just returned from work to find a big white envelope. Written where the words’ do not bend’ on the envelope. He had just passed out in the kitchen and he opened it. His mind wandered through a lot of things. But the most disconcerting thing to him was his HR Department. He was worried how would he tell them that he needs to get his email footer changed.

In addition, his parents were also not happy with his decision. But eventually they gave in. Since this Thomas now Celine has been receiving a lot of requests. He has made TV appearances on shows including Ellen. On the show, he was told about being given $10,000 for completing his wish of a nurse. He had been seen as a local celebrity in Clifton Camp Ville, Staffordshire.“I was on the escalator in ASDA a few weeks ago and someone shouted ‘Celine!’” he wrote in a first-person Metro piece.

He had now been getting some fame. Celine the famous singer is a very cordial singer. As she would do, he waved to his fan. Changing his name changed the story of his life. But every story has two sides. A short while ago Celine got his shoulder hurt, but resisted going to the hospital. He assumed that the people at the hospital would think wrong of him. It could have been his act to get more fame.

Thomas’s obsession with the famous Canadian Singer led him to change his name even in his drunk state. Obsessions or addictions might lead to severe problems. It is necessary to keep them sorted. Though, Thomas didn’t get into any trouble. But this might not be the case with everyone. We should always be aware of ourselves to avoid any unwanted troubles.