One can’t imagine what could go wrong on an auspicious day such as a wedding. It can’t get more embarrassing when you are someone’s special plus one and also the culprit for the scene to be caused at their siblings’ big day. It was a shocking incident when a man’s phone accidentally started playing indecent video at his girlfriend’s sister wedding. 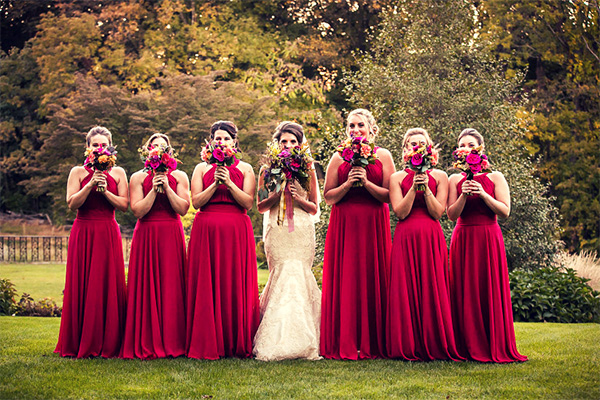 The man reported Reddit that he had offered doing a favor by helping sort out an issue with the PA system that occurred at the wedding. He thought that his grand gesture would save them quite some bucks. Unfortunately, his phone got connected to the Bluetooth and happened to play the last thing he had watched on his phone. To add to his misery, it was a loud clip of making out.

The night before the big day, he had been watching obscene clips, and the series of events occurred in such an amusing manner that upon connecting it to the speaker, the video automatically started playing, and before everyone could realize, they were listening to all sorts of absurd noises at a classy event.

He described the event stating that everyone was seated including the families from both sides. The groom and the bride and were eagerly waiting for the music to be turned on when such a daunting incident took place. As a reflex, the man reached into his pocket and grabbed the source of everyone’s entertainment. Pulling this act of self-defense didn’t quite go his way as the damage had been done by then. The groom and the other guests got their moment of gig and laughter.

But, this wasn’t all. His girlfriend who had actually invited him for the wedding got furious by then. What upset her most was not just the attention seeking and embarrassing incident but also regarding the stability of their relationship. Catching your partner watching such videos can sometimes mess up with anyone’s head.

Added to this, she left the wedding and went home without speaking with him and not returning his calls or messages. People offered to help this poor guy and asked him to let her have her own space and time to clear her head out. They advised him that things like these happen to everyone. These events should be remembered optimistically and few years down the line, they’ll be laughing at their own deeds.

The hilarious thing is, these days the wedding DJ uses this incident as a publicity stunt and makes sure to inform people that hiring him were their best decision and a good investment. Moreover, his golden advice for them is that they should refrain from depending on such friends especially on their big day.