This was about a man who went viral over the internet. He visited the car rental company to return the car that he had rented a while ago. He had to wait as there was no one to attend him. He picked up the phone ringing at the desk, as no one came. He provided a first class customer service while he was waiting to be served! 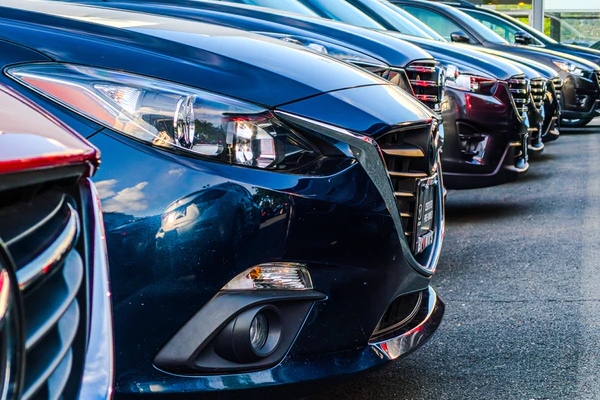 A man named Deric Cahill lived in the US. He had recently rented a car from a car rental enterprise. The entire process of hiring was a smooth one until it was time to return it. Deric headed to the enterprise to complete the details of return. He was made to wait at the hiring office until someone was free to attend him. He waited there for almost 15 minutes. During that time, a phone on the desk kept on ringing and ringing. Deric got frustrated as it was going unanswered.

The employee working there didn’t seem to pick up the call anytime soon and he was working behind the desk, so Deric decided to take the call. He wanted to help the customer calling. He shared a video online where he picked up the call at the enterprise and attempted to help the customer on the line. He started by greeting the customer and then said that he had to look for the car she wanted. Posting the video, he said that he jumped in to answer the call like a rental superhero, pretending he knew everything!

Deric then called out the employee who was working on the other side of the room to ask if their company had any minivans available to rent that day. The employee shouted from there saying that the enterprise was facing a shortage of minivans. Deric went on to reply to the customer on phone. The customer then asked if the company could rent out any SUVs or other mid-size vehicles. Deric again asked the employee about the stock, who went to check if they had any.

Meanwhile, Deric explained the customer on call that he wasn’t the person who was supposed to answer the call as he wasn’t working there. He elucidated that he was there for a while waiting to be served and then picked up the call as it was going unanswered time and again. Isn’t that hilarious! He said he got the employee to work who was then checking for the stock.

At that moment, a senior employee walked over and asked him who he was and why he was answering that call.

The video got shut there. It had gathered as much as 20 million views! The audience really wanted to know what happened next! Later Deric shared the follow up story which revealed that the senior employee wasn’t happy. He questioned Deric for answering the phone. Deric explained that he was there just to help and believed in providing a first class customer service. Then they proceeded for the return of the car and Deric was charged $2000 because of hail damage to the car. He regretted the decision of picking up the call as he was later charged for the hail damage. People commented that he was the Employee of the month! He was a hero and should be praised!