Sometimes our prejudices are so badly clubbed into our minds, we forget the warmth that the tender souls deserve. Something similar happened in a hospital delivery room when a grandmother looked at her newly born grandson for the first time. This left the new mom on shock and her heart almost pounced when she saw her infant child hit the floor! 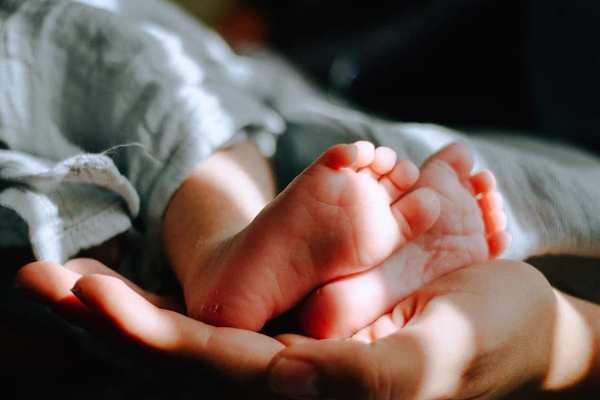 When her Mother-in-Law (MIL) reached the delivery room and picked up her newborn grandson in her arms to welcome him to the world, her excitement and happiness immediately switched into rage and doubt. She forgot that she is carrying a less-than-12-hour old baby, and couldn’t contain her disappointment. The moment she looked at the baby, his dark complexion hit her like a hammer and she dropped the child on the floor.

She did not stop just here! She accused the new mother of cheating on her Significant Other.
New mother recalls “When she is handed my baby she looks at him and says, ‘He’s not [my Significant Other’s], he’s too dark to be SOs, [I] must have cheated”.

“I’m a very pale Native American and I look Irish and not Native and my Significant Other is a Norwegian man,” she explained

The doctor, who was present during the incident, immediately took action and took the baby for examination for injuries. Luckily, the baby did not have any serious injury.

“Keep in mind this is a newborn who isn’t even 12 hours old,” she wrote. “My doctor then calls security and him and one of the nurses take my baby out of the room to be examined for damage.

“I am still seething with anger at what she has done,” the mom continued, adding that the MIL was arrested after the incident.

The mom is still not sure whether she did the right thing or not, but she could not bear to look at her MIL’s behaviour towards her innocent baby. He did not deserve this.

She wrote about this on a website and people were horrified and lost their minds over this incident. Many people supported her decision of getting her MIL arrested. The baby could have been seriously injured!

“She tried to kill your baby, because she thought that it might not be your SO’s,” the commenter wrote. “Glad to hear that she is in Jail. If that isn’t a cause to go No Contact, I don’t know what is. I am so sorry you are going through this.”

“I’m so sorry she did this to you and your baby,” a second person wrote. “You are not over reacting. Even if you had cheated (I know you didn’t I’m just saying … ) to do that to an innocent baby is absolutely horrendous. You DON’T punish an innocent baby like that, it’s horrendous.”

“You didn’t react to overreact, the consequences that followed were because professional staff saw the real threat, took over and acted appropriately. What followed then were the consequences of her actions and if it was an overreaction, it would not have likely gotten as far as jail etc.

“She dropped your baby like it was trash after deciding you were unfaithful with no shred of evidence. She is not a well, safe person for you or your son to be around.”

We cannot disagree with a mom’s approach to protect her son, and she acted the way she should have. Cutting off the connection with MIL would be best for the time being, may be until that day she realizes her atrocious behavior towards an innocent being.