A mother posted on Reddit about an interesting quarrel with her neighbor. The user posted about a fight over kid's toys that might have been there in her backyard or not. She received a 15-meter long handwritten message from her neighbor about the argument. 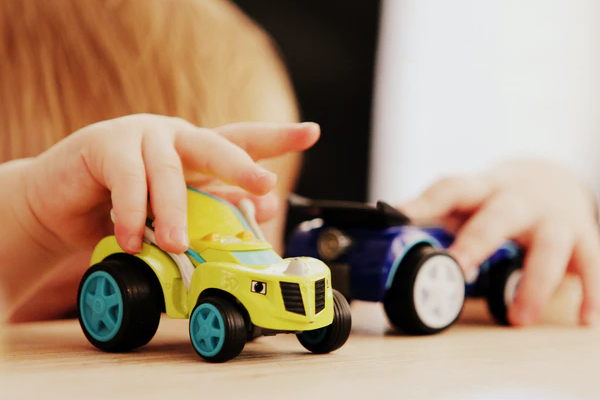 A woman got into a fight with her neighbor for their 7-year-old’s toys and shared the story on Reddit. OP thought that the dispute was over after she agreed to let her neighbor check her house for any other toys that might have ended in her backyard. But little did she know that a long handwritten message was waiting for her.

OP mentioned that every line on the scroll was written in a different color. Further, she mentioned how the mammoth roll went on for 15 meters.

After OP received the scroll on her doorstep, she decided to take this on Reddit and explain her situation. According to OP, she handled the fight when she cleared out that there are no such toys that shouldn’t be in her backyard. OP had further invited her neighbor to come and check it for herself if she still had any doubt.

Other than accepting the offer to do a sweep for any other toys that might be there, her neighbor decided to continue her beef with the OP. Further, OP mentioned how her neighbor said that her 7-year-old daughter insisted on writing a 15-meter-long message.

OP also had security footage of her neighbor pushing her daughter towards their gate to drop the scroll. As OP received that scroll she decided to share her story with other Reddit users.

To her story, many users were amused. One user wrote that OP shouldn’t be mad at her neighbor. As the effort that got into making the roll is more than the user does in school posters. Another user added how mad someone can be to buy a damn scroll.

Another user commented that OP must have pushed her neighbor to such emotions that she wrote a 15-meter-long message. One user said that who has the time to go through this.

Some users came and started giving her ideas to counter the scroll. One user simply said to use toilet paper in their house and, another joined and wrote that she should use the toilet paper of her house with her own message.

Other than counter ideas, she received some revengeful suggestions. One Redditor commented that she should burn the toy in front of her neighbor. After a series of revenge ideas, some user gave their sane opinion. One user commented to keep the roll as evidence. Another commented that to keep it safe in case the situation escalates then you have to present this as evidence to police or lawyers.

A few even said to take the message straight to the authorities, as this situation raises concern for the 7-year-old daughter.