People celebrate the New Year ’s Eve partying with friends and drinking. But when you are a parent and have kids to look after, sometimes this is not possible. Plus what if your kids want to see the clock strike 12 with you? A woman found a way out of it! 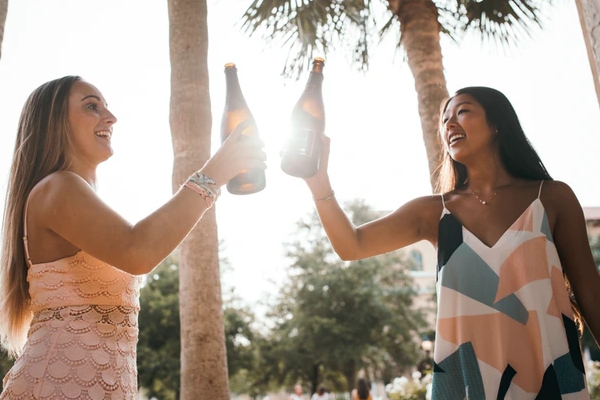 A mom tricked her six year old daughter by faking the New Year countdown to go party with her friends and get wasted later. The girl was very excited about the Times Squares ball drop in New York on TV. The mother played a video from the 2018 countdown on YouTube to fool the kid. And, all her guests played along!

After the party was over, the mother felt bad and took to Reddit to know people’s opinions for figuring out if what she did was actually cruel. She chose to keep her identity anonymous. Her post was followed by a number of comments. While some people were telling her that it was very irresponsible of her to do that, others comforted her by saying that it was okay to sneak out once in a while to have fun.

The twenty-five years old mother wrote that her daughter was extremely excited for New Year’s Eve. She had a party hat and a noise maker which she wanted to blow at the end of the countdown at midnight. She had been looking forward to witnessing the moment for days. The mother didn’t want her daughter to stay up all night because she wanted to party with her friends and get drunk. She didn’t want the little girl to see her mother and her friends with all wasted faces at the end of the night.

AITA for tricking my (25F) daughter (6F) by showing her the NYE ball drop from 2018 and telling her it was 2020 and sending her to bed? from AmItheAsshole

She planned the trick with her friends. About four hours before the actual midnight, she played a YouTube video form 2018. All of her friends in the party pretended that it was 2020, shouted ‘Happy New Year’ and everyone blew their noise makers. She was very happy and her mother put the smiling girl to bed after this act.

This Reddit post received mixed comments. People criticized her and said that since she is a mother now, she should be more responsible towards her daughter and take the daughter’s happiness seriously. Some said that she should be ashamed of herself. Others said that it was okay to take out time for oneself when the kid is sleeping. The mother, in fact, had organized and acted upon this plan very well. There was nothing to be shameful for.

A comment read that it was actually a good idea to do so. The person said that when she was young, her parents used to forcefully send her to bed saying that it was an adult’s thing going on at the party. Many found this to be sweet and the whole thing, a good idea. Everyone was happy in the end, after all!