Tadelayo Sodipe is a 24-year-old designer who has come up with an innovative way to support people with autism, who find it difficult to order at restaurants which have an intimidating menu or a complex system. 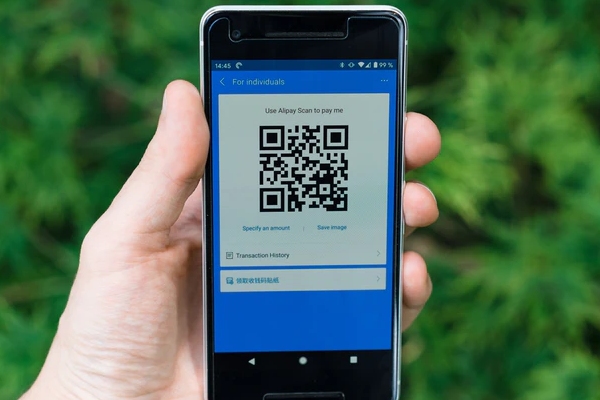 Sodipe, an art and design graduate who currently works as a teaching assistant and residential support worker, in his spare time carries out freelance projects.He works with children who have autism and has found that it is challenging for such kids in restaurants like Nando’s, where, for some people, such a variety might be bliss, can be a troubling experience for others.

He has found that the social contact between a child with autism and the staff has proven to be much more difficult when it comes to conveying the expected order.

To simplify the ordering procedure, Sodipe came up with a new system using QR (Quick Response) codes to mimic a menu system, where users can simply scan the code to access additional information if they wish to.

Restaurants and bars are rapidly adopting the technology as a response to the ongoing pandemic, in an effort to minimize the contact between consumers and the staff. But Sodipe suggests that the same idea could also work wonders for people with autism or any form of social disability.

He added that his new QR Code menu at Nando’s is simplified and contained only important information which makes it extremely easy for people with autism.

It includes an opportunity for children to understand better what they wished to order by looking at the pictures that have been added to the new menu system. This encourages the independence and decisionmaking skills of children which are crucial for their growth.

They use QR codes to place the order. Once the phone or tab has scanned the QR code, Nando’s page will be opened where the customer would get an option of either paying online or at the counter. Once the order has been placed, it will appear at the tills.

This is the crucial part for the autistic children because the customers who are not comfortable with one on one interaction will not have to communicate anymore. They will just have to tap/click and their order would getplaced and prepared.

This is how restaurants got to know about Sodipe’s idea. He tweeted online saying, “I work with children with autism and they sometimes find it hard to order at your restaurants. I designed a QR code menu that could possibly help make things a bit easier for them! Let me know what you think.”

The tweet got immense attention with almost 13,000 likes and around 5000 retweets, many major restaurant chains like Nando’s and Vapiano became interested in Sodipe’s new menu system. He was also contacted by Vapiano who already has a QR code menu system but they were open to new ideas and how they could better their existing system.

Sodipe mentioned that he was overwhelmed with the response that had been coming. He was glad that people saw his vision and understood the importance of everyone to feel included. He has since then been receiving heartwarming messages from people mentioning that this was something their siblings couldreadily use. According to him, this new system was a great solution for people with anxiety and confidence issues.