A woman cherished glee when she stumbled upon a sweet note and gift from her neighbors in Sydney. The couple next door had welcomed their baby. Aware of the inconvenience their baby’s crying would create for their neighbors, they decided to pen down an apology note from their baby. Not just that, they also paired that up with heart-winning gifts. 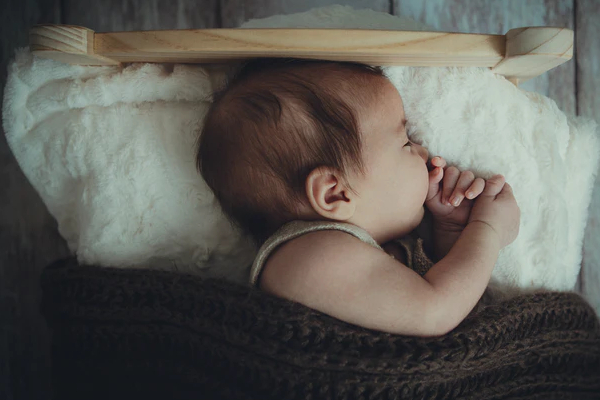 Small sweet gestures can go a long way in making one’s day. They let one bask in bliss and satiation. Not just that, they also rejuvenate humanity terms around the world. Thus, it is not a surprise to see people resorting to them time and again to cheer everyone around. A woman saw the light of the day when she received a sweet note and gift from her neighbors.

Living in Sydney, the woman had a couple living next door. They had welcomed their newborn at their home. They were all up to take to the parental duties. Not just that, they were also aware of the problems that their baby’s crying would cause to their neighbors. Taking note of that, they decided to apologize for the trouble in advance. To win hearts around, they moved to pen down a heart-melting note for their neighbors on behalf of their baby named ‘Peanut’.

Not just that, they pushed their move to another level by pairing that with some scintillating gifts. So the woman received their sweet gesture. And, that made her day to the full. Especially, the cute and sincere words in the note struck a heart-winning chord with her.

Shedding light on its sweet side, it said, “Dear neighbour… I am six weeks old. I live with my mum and dad who call me Peanut. I’m a very happy baby and love to play, but I get very cranky very fast when I’m hungry (after all who doesn’t?).” Adding to that, it also said, “Please have some chocolate on me, I’m really sorry if I wake you up at night – see you around. Yours sincerely.”

To her delight, she also received chocolates and earplugs. Finding herself over the moon with that, she decided to return the heart-winning terms. But she could not figure out the form she should choose for that. Taking on that part, she decided to rope the social media world’s help in the matter. She took to her Facebook account and posted the picture of the note and her gifts. One could see a packet of chocolates and ear plugs with a pink-colored note on the table in the picture.

Not just that, she also wrote, “The baby is an angel and we have barely heard anything.” Adding to her joy, the social media users turned up to help her out with no delay. They showered their love by liking her post. Not just that, they also came forward to suggest some good measures for returning the sweet gesture. Thus, they ended up flooding the post with their comments and suggestions.

Dropping a suggestion, one soul commented, “This is the cutest. Maybe get them some flowers for mum and dad to say ‘congrats.’” Another social media user extended that part and said, “I would give them a ‘Thank You’ note, congratulate them and give my number to reach out if they need assistance.” Adding some more good advice, one person suggested her to making them a homemade meal.

Thus, the woman was no short of ideas to deliver her best to her generous neighbors.