In the wake of massive political turmoil, while great magnates choose to stay quiet, CEO Bill Penzey has always expressed his beliefs, whether those are about President Trump’s racism after his election or ‘corruption and cruelty’ has taken over the Republican Party. And this time, in support of the Kenosha protests, he chooses to ‘loot’ his own store! 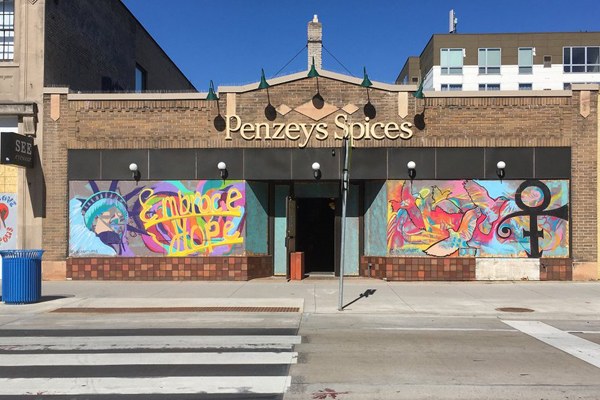 Even though the protests in Kenosha, Wisconsin turned violent with protestors being shot and multiple local shops being looted, Bill, whose business headquarters reside just outside of Milwaukee, supported these protests against racial discrimination which were demanding justice for a young Black man, Jacob Blake, who was shot in the back seven times at close range by two police officers.

Being openly supportive and making such political statements, he received a letter from someone who suggested that if it were his own store being looted, he would be having a different attitude; to which he replied, “I’m by no means perfect but seriously no, I wouldn’t. Human life means everything; stuff, not so much”, along with a long letter to subscribers of his newsletter.

Moreover, his mind pondered an idea. He asked people around, “What if we looted our own store?’ What if we took a snapshot of our Kenosha store’s inventory tonight and simply gave away exactly that amount of inventory in the coming weeks”?

Bill Penzey had already been directly affected by looting at one of his Minneapolis Uptown store in the aftermath of George Floyd killing.

But still, Bill wrote in his letter, “What if we just gave our spices and seasonings to food pantries and gift boxes to organizations trying to raise money to fund change”?

Bill Penzey of Penzey's Spices, on the subject of if he'd still support protests if one of his stores got looted. pic.twitter.com/Wmt29UP39a

Everyone, along with his mother gave a positive reply, encouraging him to do so. Bill then asked his worthy customers in the Kenosha area to give suggestions of people or organizations who would benefit his spice shop being ‘looted’, and let him know about it at [email protected]

Known for his outspoken nature, Bill Penzey again made a political statement in his email when he wrote, “And please learn the difference between those who simply say law and order over and over again and those who do the hard work of actually achieving it. Until we have a President that respects the laws of this country we won’t have order; it’s that simple”.

Also, compassionate by nature, he asked his worthy recipients to send their thoughts to those who have been living through the horrors of Hurricane Laura and thanked everyone for healing the world.

In the end of May, when his Minneapolis Uptown shop suffered damage, he also wrote an email to his customers mentioning, “If sweeping up some glass and replacing a couple of windows is a piece of everybody realizing the costs of racism-fueled police violence towards minorities is no longer affordable, then so be it”.

Some people like CEO Bill Penzey have their own way of supporting the cause!

Funny Yamini
Initially, Laura had captured her daughter, Isla’s look for envy when she was just 3 years old, as her baby sister Kiri, then had...

Funny Yamini
When children grow up, they start to differentiate fiction from reality. Thus, it is easier to make them believe in fiction when they are...

Woman Is Baffled By A Tiny Door In Her New House

Intriguing Yamini
It is only after the isolation that we’ve managed to look properly at what’s there inside our own abode. And surprisingly, some people have...

Refreshing Yamini
In spite of only being a few days until her birthday, little Tiegan was unable to hold her excitement to see what presents she...

Funny Yamini
There are so many situations for which a person might not be ready to witness. Many a times there are conditions that one needs...