Weddings are hard to plan and that is why people take months to prepare and hire professionals for every job. One mistake and your beautiful day can be ruined. This couple learned it the hard way after their cost cutting on cake led them to an embarrassing but hilarious situation. 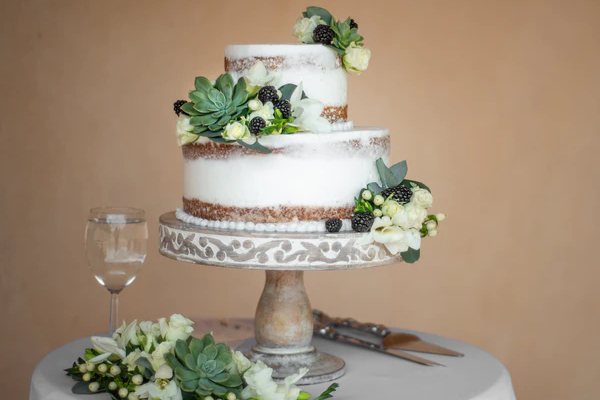 The baking part is never an easy job and requires precision. And if you want to get it done by someone who isn’t professional, then it’d be another reason for a disaster. Adding to the account of incidents is the one shared online by a wedding planner. The cake, which was meant to be prepared for a wedding didn’t seem to pass the constraints. Therefore, it highlighted the fact that these things shall be done by a professional only if you’re planning ahead of any special event.

So, it transpires that a couple decided to get the wedding cake’s icing done from a local supermarket instead of approaching a professional for the same. The outcome, as expected, was nothing to write home about. The message written on the top of it wasn’t the one they were looking for. It had to be ‘Wiser wedding’, but since the artistry didn’t go well, it now reads: ‘Why’s there a wedding?’ in a bright green color.

This cake was supposed to spell "Wiser Wedding" from ExpectationVsReality

The picture was posted on Reddit’s face palm forum, which read: “This is why you hire professionals. This cake was supposed to spell “Wiser Wedding”. This will be their wedding horror story for sure.” Well, this also shows how a simple mistake can turn your ecstasy into something egregious. As soon as it was shared, it went viral on Reddit with several comments inundating one after the other.

A person was happy to find it out and said he finds it so hilarious that he’d take pictures with it and show it to others. The second person commented: “That takes the cake.” While someone told that the message seems to be proper, other people began discussing how going for a cheaper version of a wedding cake can take away the fun. They also pointed out the mistakes that are often found out in cakes bought from a supermarket.

Also, a person replied: “As a person who works in a grocery store bakery… I’ve seen some things. It’s really weird what people will want for their weddings on the cheap.” Following this, there came a person who appears to be working in a supermarket bakery and for him, this error didn’t seem to be so usual. He apprised that he works in a grocery bakery and would always write the message on the paper first and show it to the buyer to avoid any blunder.

And even if it’s wrongly displayed when someone comes in to pick it up, they would eventually fix it with no need for the buyer to pay more for it. He added: “Whoever did this was either an idiot or didn’t understand English. Sometimes it’s hard to understand people too but that’s why I write it down.”