Is it right to judge a person based on their looks? Whether they are skinny, healthy, fair in color or are brown? Does that matter how a person would be on the inside? Well, one barista from Starbucks learned the lesson of not to judge the book by its cover the hard way. 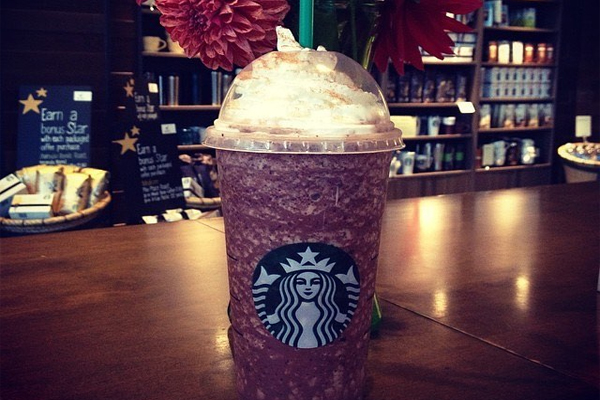 Nadia Khan, 25-years-old came with her mother to Starbucks, a coffee store in Feltham, London to have her favorite drink, Cookies, and Cream Frappuccino. While she was called for her order she was horrified to see the name that read her cup. At first, she thought that the barista might have misspelled her spellings or something. But what was written on the cup was nothing close to her name.

She was horrified and felt insulted when she saw that the barista had written ‘hippo’ on her order instead of her name. It was clear that it was not done by mistake because ‘hippo’ looks nothing like Nadia. It was when Nadia showed the cup to her mother, Andria, she understood the malice behind the word written on the cup.

When Andria reached the counter she told the staff that they should treat everyone equally irrespective of the fact of how skinny, fat or whatever one is. They have no right to judge anyone based on their appearances, the staff is here for a job and thus, should concentrate on it and nothing else.

Nadia did not stop there, she clicked the pictures of the cup and put it online on her Twitter account and tagged the coffee company as well. She asked the company whether they think it is right for their staff to write ‘hippo’ instead of ‘Nadia’ on her coffee cup. She asked is it right that the Starbucks staff judge their customers based on their appearances?

People did not like the way the staff of the coffee company Starbucks had treated Nadia. One even commented ‘Being thin is not the rent you pay to exist in the world as a woman.’ People were confused as to why her weight was put into any equation of how a customer should be treated. A customer pays you the said amount and no one has the right to treat him/her poorly, especially based on appearances.

Many wanted Starbucks to take immediate action against the barista who hurt the woman’s feelings. They wanted that the company should right away fire the barista responsible for the whole thing. Many questioned the company whether they think it is ‘okay’ to treat their customers like this. Some suggested that the company should make them understand how exactly a customer should be treated and send them to sensitivity training.

Starbucks responded immediately, “We have a longstanding tradition of connecting with our customers by writing their names on our cups. This incident is not indicative of the welcoming environment we aim to provide in our stores and have apologized to the customer directly. We are working closely with the store team to ensure it doesn’t happen again.”